Real life experiences thanks to Google Summer of Code projects 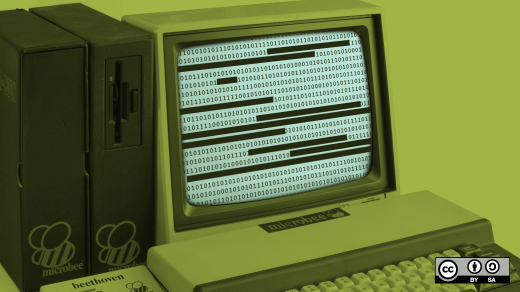 While the open source community is filled with some of the most talented minds in the world, fresh perspectives from the next generation of developers is essential to the continued pioneering spirit of open source projects. Such an injection of youthful enthusiasm lends new creative blood to the open source community, allowing projects to stay cutting edge and in keeping with current trends.

To that end, the seeds of progress are often planted in the summertime as enterprising college students participate in the annual Google Summer of Code. The global program offers student developers stipends to write code for various free, open source software projects.

Open Source Matters, the not-for-profit that supports the Joomla open source project, participates in the program nearly every year. Students from all over the world participate, often coding remotely from their homes in locales ranging from the U.S. to Europe to India.

The Joomla open source community and leadership teams frequently contribute to a "wish list" of features and functionalities, which students participating in the Google program can review for ideas. Joomla incorporated some of the more inspired student-written coding into the latest version of its content management system, Joomla 3.3. The result was a series of trend-conscious enhancements, including the jQuery library, the addition of microdata, and interfacing with cloud networks.

Originally leveraging the MooTools JavaScript library, Joomla began a gradual transition to competing library jQuery in 2012 upon incorporating front-end framework tools from Bootstrap, which is dependent upon the latter.

As jQuery continued to surge in popularity, the effort to wean off MooTools in favor of jQuery, and in some cases JavaScript library-agnostic scripts, greatly accelerated with the subsequent releases of Joomla 3.2 and 3.3. Such progress was attributable to a Google Summer of Code student-led effort focusing solely on converting JavaScript to jQuery.

Designed to simplify the client-side scripting of HTML, jQuery is the most popular JavaScript library in use today for projects out in the wild. Eliminating the MooTools library is expected to free up memory and reduce site load, since there will be one fewer JavaScript library taking up space on Joomla websites—ultimately enabling sites to load faster.

Another 2013 Google Summer of Code project revolved around the incorporation of microdata into one's open source content.

Microdata is a form of structured data that helps search engines define and understand certain terms through improved semantics and context. This student-driven enhancement to Joomla allows content rendered by the CMS to be more easily, accurately, and frequently searchable by web users. And when you're competing with millions of active websites for eyes, search optimization is critical.

In the next version of its CMS, Joomla developers will add microdata options directly into the user interface. Ultimately, the process will be so intuitive that the user will merely have to select a few options within the interface and the CMS will implement the microdata automatically.

As of late May, Joomla is putting the finishing touches on a Summer of Code project to complete its cloud libraries. Consequently, Joomla developers are now able to connect with the application programming interfaces (APIs) of cloud providers such as Amazon, Google, Dropbox, and Rackspace.

This API enhancement is technically not a part of the Joomla 3.3 CMS; rather, it is a new standalone feature available to Joomla developers. However, developers could theoretically leverage this new toolset to build out extensions to the CMS so that everyday users can also manage their files and content via the cloud.

Regardless of project, students accepted into Google Summer of Code often continue to work for free on their open source endeavors as a sort of "passion project" long after the three-month program concludes. As a matter of fact, three former Summer of Code participants have gone on to become full-fledged members of Joomla leadership teams.

In what has truly become a win-win scenario, students participating in open source projects receive actual coding experience while the projects themselves capitalize on the temporary influx of new ideas—a benefit that is later reflected in new features that the user community gets to enjoy. Who says college doesn't offer students real-life experience?

Michael Babker - Michael Babker is a Joomla! developer and a past Production Leadership Team member, contributing code to the CMS and Framework. He works to raise the overall quality of Joomla's code, ensuring a stable and quality product for every user. Michael has been recognized with the 2012 J!OSCAR "GitHub Junkie" Award for his contributions. You can follow him on Twitter at @mbabker.
More about me

I m glad to see Joomla at last making effort to reach cloud Libraries via API. Many of my clients wanted cloud App connect to Joomla site which is now possible