A call to arms for open source!

For both my friend and me, open source has been critical to how we live our lives. It's not a job or a career, but a calling.

My personal journey with open source began 18 years ago, and for my friend Robin Muilwijk, more than a decade ago. We sat down in an empty piazza in the heart of Amsterdam's financial district late one night with my remote podcasting recorded this "call to arms" for open source. If you rely on open source and free software, if you take it for granted, or if you would like to understand how you, like me, can do more to make sure our journey, and that of those that follow in our footsteps, can be accepted by people across the IT divide, then give this podcast a listen.

I think it's one of the most important I've recorded for the Cloud Evangelist podcast yet.

Here's a snippet from our conversation:

"Last year I was on the very tertierary edges of Young Rewired State in the UK, which is ongoing now, and it showed me how a lot of children had never had any examples of programming. They'd used a computer, but in fact the computer had used them. They knew how a mouse worked, they knew how to save a spreadsheet, they knew how to load an XBOX game, but they didn't necessarily know anything else about computing. And, it terrified me that we've actually gone backwards in 30 years." —Richard Morrell

"If I look at my own son, he's 8... what he's been taught at school is just using some propretary software... and by getting involved in Opensource.com, I got inspired by just showing him simple stuff like Scratch to... understand programming and eventually also a part of open source... this is where you actually see them take a turn into not being used by... a machine, a laptop, but actually using it for their advantages." —Robin Muilwijk

What to read next
Tags
Education
Cloud
Richard Morrell 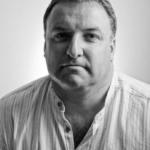