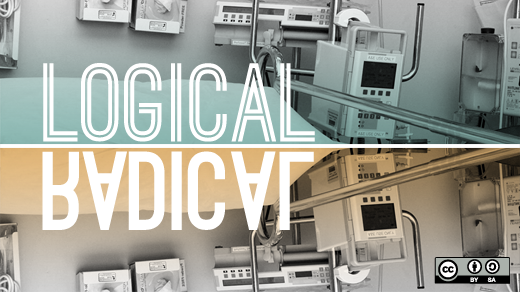 When it comes to treating, curing, and preventing cancer, modern medicine has largely failed. You could argue that cancer is far too complicated to unravel in the few millenia we have been documenting it. Or that the billions we spend annually on research is far too little. Established incentives and policies that perpetuate research silos certainly seem to slow success.

Medical researchers have been trained in a professional culture where secrecy reigns, where they must protect their own interests. The dominant culture discourages sharing research findings and collaborating on projects. It has become more important to protect vested interests than to take advantage of the huge collaborative network that is available in academia.

This mode of thinking is a bitter pill to swallow for the quarter of our population that will die of cancer. According to the World Health Organization, one in every four deaths is attributable to cancer.

What would happen if cancer researchers were able to adopt an open and collaborative approach like the one that has--for the last two decades--revolutionized software development? What if cancer research could be open source?

Linux has been successful because a large group of people recognized a need and agreed on a process for meeting that need. The brilliance of the open source approach is in the sheer amount of brainpower participating. The open source community shows that the collective intelligence of a network is greater than any single contributor.

While the term is attributed to software development, the idea is not. In fact, some medical research does use this methodology in the same way that Linus Torvalds and others develop open source operating systems. The Human Genome Project, for example, very successfully distributed gene-mapping in efforts to speed up the sequencing of the genome. The HGP teams published their data openly, on the Internet.

More recently, a team of Harvard researchers discovered the power of distributed research. A team led by Jay Bradner at the Dana Farber Cancer Institute discovered a small-molecule inhibitor that showed promise in its ability to interrupt the aggressive growth of cancer cells. The small-molecule inhibitor, called JQ1--after Jun Qi, the chemist who made the discovery--works by suppressing a protein (bromodomain-containing 4, or Brd4) necessary for the expression of the Myc regulator gene. It is a mutated Myc gene that is believed to be at the root of many cancers. Without Brd4, Myc remains inactive. Inhibiting Myc could be part of the key to successful cancer treatments.

Instead of operating in secrecy and guarding their work, Bradner's group shared it. They simply started mailing it to friends. They sent it to Oxford crystallographers, who sent back an informative picture that helped Dr. Bradners team to understand better how the small-molecule inhibitor works so potently against Brd4.

They mailed samples to 40 labs in the US and 30 more in Europe, encouraging these labs to use it, build upon it, and share their findings in return. As a result of this open source approach, Dr Bradner's team has learned--in less than a year--that JQ1 small-molecule inhibitor prevents the growth of leukemia, making affected cells behave like normal white blood cells. Another group reported back that multiple myeloma cells respond dramatically to JQ1.  Still another found that the inhibitor prevents adipose cells from storing fat, thus preventing fatty liver disease.

Bradner has published his findings. He has released the chemical identity of the compound, told researchers how to make it, and even offered to provide free samples to anyone in the medical research community. (If you're a researcher who'd like a sample of the JQ1 molecule, you can even contact Bradner's Lab via twitter @jaybradner.)

Bradner feels his early successes are due not only to the science, but also to the strategy. Using an open source approach, sharing the information about this molecule, and crowd-sourcing the research and the testing illustrates the opportunities that an open methodology can bring to the difficult challenges of medical research and prototype drug discovery.

In his recently released TED talk video, Dr. Bradner explains that he firmly believes that making a drug prototype freely available among researchers will help accelerate the delivery of effective cancer drugs to affected patients.

With more practice—and more familiarity with each other and this kind of collaborative research—scientists can break large, complex, time-expensive projects into smaller, achievable portions. By  spreading out those small tasks among many groups, much more work can be accomplished in a vastly reduced amount of time.

Using the old research models, Bradner’s team might have learned that JQ1 affects AML cells in the first year. But it might have been next year before they got to leukemia, and years after that before they realized it also could affect fatty liver. How many years do you think the old approach adds to the development of drugs we need today?

It is time to seriously consider a different model for scientific research–one that directly engages and benefits society, encourages open access and the free exchange of scientific information. The benefit to patients would be enormous.


What to read next
Tags
Health
Linux
Lori Mehen 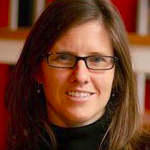