What open source licensing could learn from Creative Commons 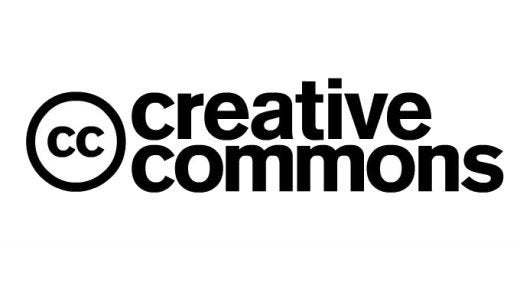 The arrival of the ten-year anniversary of Creative Commons is an opportunity to express gratitude to an organization that has done so much to promote the sharing of cultural works and to challenge traditional assumptions about the appropriate use of copyright.

I have been a critic as well as an admirer of Creative Commons. Last year, here on opensource.com, I noted that the CC license suite, though inspired by open source licensing, was at odds with norms of libre culture licensing by embracing, under a single legal brand, form licenses that prohibit commercal use and creation of derivative works. The result, I complained, was "a general confusing dilution of the meaning of 'openness' in the context of cultural works" and confusion on the part of both authors and users of CC-licensed material. Creative Commons has recognized at least some aspects of this problem in the course of its work on the 4.0 license series. (For example, there has been an interesting recent proposal to relabel the controversial NC licenses with "Commercal Rights Reserved.")

In the same article I acknowledged that "[f]rom the perspective of open source, the very different legal culture established by Creative Commons is not only tolerated but welcomed as an enormously successful experiment that is safely cabined to non-software content". Since then, I have come to have a greater appreciation for this experiment, particularly with respect to its potential applicability to the improvement of open source licensing.

Free software licenses were developed in a largely distributed and organic fashion. This has given open source licenses something of a baroque and quirky character, which, while appealing (to some of us), has some drawbacks. The coordinated, centralized manner in which CC licenses are conceived, drafted and revised, and the successful occupation of the full policy field of open and quasi-open content licensing by Creative Commons, offer a model that, if applied with the greatest care, might be beneficial some day for the open source licensing world. For example, CC licensing has allowed the open content world to avoid some of the problems of license proliferation that are commonly thought to plague open source. The variety of CC licenses has actually been reduced over time. Moreover, while the various CC licenses implement different policies, for a given localized or international version they have common textual elements, which may reduce the difficulty of interpretation and revision. I was once more skeptical about this approach (and its possible future application to open source) than I am today. Therefore, to quote again from my 2011 article, if "someone [were] to propose that a seemingly simple Creative Commons-like suite, designed by some central committee, should replace all traditional FLOSS licenses as they exist organically today", what is most likely to concern me is the central committee part (and who gets to be a member). The danger for open source, at least, is excessive influence from my own guild, excessive influence by what (for lack of a better term) I have thought of as "FLOSS establishment institutions", and insufficient participation by developer constituencies.

A notable feature of CC licenses that has no precise counterpart on the open source side is the great emphasis on simplification of use, understanding, and identification of the various license categories. Here as well I tended in the past to have a skeptical view of the CC approach. Most troubling to me was the CC practice of separating the so-called "deed" (also formerly, and quite unfortunately, called "human readable code") from the (invariably lengthy and complex) license text proper, still described, somewhat annoyingly, as the "legal code". A particular  concern is that authors will be inclined to read the "deed" (which is an imperfect summary at best) as the actual license.

Yet there is no question that the "deed" abstraction of license complexity is partly why Creative Commons licensing has been so accessible to so many content authors. I have more recently begun to wonder whether the serious copyleft wing of open source has been suffering disadvantage because of concerns about undue complexity among developer constituencies. That is a complicated topic and well beyond the scope of this article. But the example of Creative Commons shows one way in which complexity may be managed to promote license adoption and reuse. If CC "deeds" appeal to free software authors, it may be due to natural preferences for simplicity and minimalism. Perhaps open source would benefit from a unified system of smaller, simpler, and more easily apprehendable licenses.