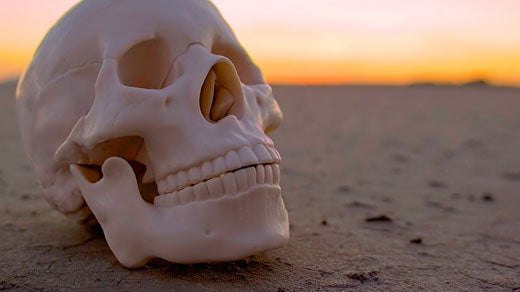 If the news hasn't reached you, the world's going to end in about six months. Hug your children, get your affairs in order. Well, scratch the affairs. Nobody's going to be around to care.

And if you haven't seen that article that's spreading across the Internet faster than the methane it describes in the Gulf, let me summarize. The media blackout in the Gulf has mostly prevented the news from spreading, but Terrence Aym (the author of the article) wants everyone to know the truth. A massive undersea methane bubble has been disturbed by the Gulf oil spill. Add in a cracked ocean floor and elevated seabed, and you have the recipe for Instant Doomsday, which will be ready for delivery within the next six months or so.

Fortunately for your holiday party plans, there are plenty of other journalists, both traditional and new media, debunking this theory:

Where the open source way comes in is Aym's publishing medium. Helium, a "knowledge cooperative" that pays writers to contribute to its citizen journalism site. It's a collaborative take on journalism. Content is rated up or down by the other writers--it's a meritocracy. And more highly rated articles get their writers more money. Old media is suffering. Journalists are losing jobs. Helium is using open principles to create a potentially viable model for profitable journalism. This should be a success story.

And maybe it still is. Traditional journalism has had its share of failures on the part of journalists. Steven Glass. Jayson Blair. And those are just cases of outright lying or plagiarism. Aym may simply be a poor researcher. As Time puts it, "The problem with journalists is that most of us are trained as journalists and not, say, economists or physicists. To a certain extent we need to take experts' word for it that they are correct."

Or maybe in six months, we'll all find out the hard way that he was the only good researcher.

But assuming we're still here to discuss this when the fireworks ring in 2011, is this a failure of that particular journalism model? The site has found large new audiences who had never heard of Helium. The article alone has more than 30,000 Facebook "likes." Did the peer review model fail? Or was it actually successful because of researcher journalists like Annalee Newitz at io9 publishing their own results?

What to read next
Tags
Journalism
Ruth Suehle

Linux through a journalist's eyes

Test out DocHive for data geeks and journalists