WoW. There went your anonymity. | Opensource.com

WoW. There went your anonymity. 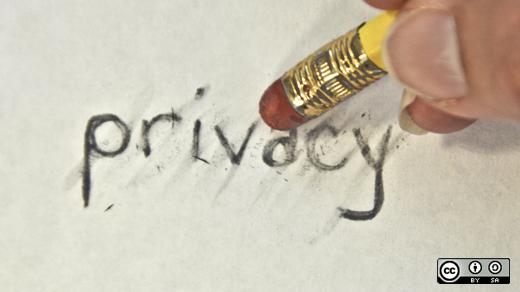 Edit: As of July 9, Blizzard has said that at least for now, real names will not be required on the forums.

I've talked here about privacy on Facebook. And that's one thing--a place where in general, the people you friend are likely to already know your real name. But how would you feel about everyone who so much as passes by your favorite message board knowing you as Merle Schwarz instead of clawfoot78?

If you play World of Warcraft and enjoy the forums, you're about to find out exactly how you feel. Blizzard has decided the best way to deal with trolls, the scourge of message boards everywhere, is to force everyone to use real names. I'd call that the online equivalent of denying recess to all the kids because there's that one who threw spitballs at the substitute. From the announcement:

...in the near future, anyone posting or replying to a post on official Blizzard forums will be doing so using their Real ID -- that is, their real-life first and last name -- with the option to also display the name of their primary in-game character alongside it.

Oh, good. Not only can you reveal your real name to all your gamer friends, whom you're not necessarily interested in outing your real life to, but you can also associate it with your character's name. So everyone knows exactly who you are, in and out of game.

If you can't think of why that's a big deal, the third comment into the thread (linked above) by Patientzero explains it all quite well.

Encrypt and decrypt files with a passphrase on Linux

Honestly I've been stalked after someone managed to get my real name and info. It's not cool, and the fact Blizzard wants to just give out this info willy-nilly?

The fact my account expires in four days and I'm not renewing it says it all. Blizzard could have done this a thousand different ways without invading our privacy. They also talk about more "on the horizon" which leads me to believe they want to make this forced in-game too.

Like someone on the forum said, "You could play without merging your battle.net account too, until you couldn't." Like I posted on the forum, I'm getting off this train. I'll just watch the trainwreck on television.

And this will guarantee-ably spill over into SC2, which I'm more concerned about. I stopped playing WoW 3 and a half years ago, but with SC2 coming out in a month and a bit, we're sure to see the same integration there.

Especially in a day when it is easy to search online through web pages, maps and white book pages, people with less common names (and thus easier to discern one from another) are even easier to track down than before.

It makes me tempted to change my name to John Smith.

I've taken time to cultivate my online personas so that, for instance, if somebody looks in the multiple forums I frequent they will likely be able to tell that I am the one-and-the-same but that doesn't mean I want them to know my real name. For all intent and purpose they know who "I" am without having to know where my house is on the street.

I assume that's something that they've already worked out with battle.net Real ID. (But they also want to be clear that Real ID is separate from what they wanted to do with the forums.)

Regardless, they've backtracked and said that the real name plans are on hold for now:
http://forums.worldofwarcraft.com/thread.html?sid=1&topicId=25968987278