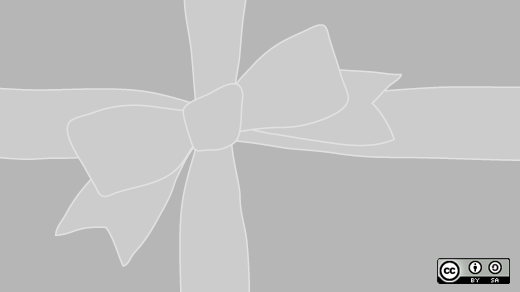 For my birthday several months ago, I got a Kindle. No fewer than three people have since asked me, "What are you doing with a Kindle? It's not very open source-y."

Confession: I love my Kindle. I only have one book to carry when I travel. I can play games. And it let me tweet from Paris over free 3G from Open World Forum, where cell data was expensive and, like many conferences, the wifi was shaky. Surely that counts for something?

But the accusers are right. It's not very "open source-y." The DRM is painful and prevents sharing.

Last week, Amazon announced that they had enabled Kindle lending. I nearly leapt from my seat with joy. As it turns out, you can loan a book only once, for 14 days, and that's it. If your friend gets distracted and doesn't get a chance to read it, that's too bad. She can't renew the loan, and you can't let a different friend read it either. It's also enabled for only a fraction of my library, which seems to be a common experience. That's not really lending, much less sharing.

In another part of my house, there's a five-year-old girl with long, blonde hair and a penchant for her movie twin Rapunzel in Disney's latest animation, Tangled. This follows her nearly equal adoration for Ariel, Cinderella, and Sleeping Beauty. Sadly for her, she was born to a mother who hates Disney for what the mouse has done to copyright law. Talk about the opposite of open and sharing.

Confession: For Christmas, I bought her a doll. Not a little cuddle-at-naptime doll. A three-foot tall Rapunzel. This is the first Disney product I have purchased for her in her five years on this planet. But if you'd seen her face when she saw those giant (and I do mean giant) painted eyes looking at her on Christmas morning, you'd know why I did it.

And those are my gift confessions to the open source world. I make compromises. And I'm not the only one. I work for an open source company but sit within hearing distance of several iPhones. I have an inherited embroidery machine whose software runs only on Windows--but that's the only Microsoft product in our house. And I know more than a few open source advocates who leave their mailing lists to sit in front of Xboxes.

What do you make compromises for? Or are you solidly open-only? Have you ever returned a gift for not being open enough? The confession booth is open. (Pun intended.)

Gifts from relatives can be equally tiresome too. My brother got me an iPod one year (a shuffle) which thankfully was supported with Banshee at the time.

My parents got my son a digital camera that, yup! you guessed it, doesn't work with Linux and only includes Windows drivers. I even got in touch with somebody who was developing drivers for these cameras and he told me that it was very different than the ones he's ported to Linux.

My ever-loving parents also gave him a 3D chess game that works on Windows only. It worked kind-of in Wine/CrossOver.

I think they are getting the hint, though, finally. We didn't get any questionably-compatible gifts this year.

As for Disney, I figure this is an adult's issue with freedom, for kids they just know what they like, not the more complicated philosophy behind it. There's time, though, to teach them as they get older though ;)

I don't own an Xbox, but... you said Xbox, and by extension, its very existence ensures that commercial gaming by and large remains on Windows.

I've tried to like what the independent gaming studios are doing; they are and probably will continue to be the future of gaming for OSes that are not Windows, very especially Linux.

I had been moving towards open source for a number of years in all of my computing save gaming. I wound up going straight to Ubuntu when attempts to dual-boot or use Wubi utterly failed. I have tried very hard not to look back, but I must be honest: Gaming on Linux sucks. When I'm done waxing nostalgic on emulation of some old system, or played out the few games that had their source code release (or received Linux clients), the rest is abysmal to me.

As for Disney... it's hard to compete with the mouse these days. I have a relative that worked there many, many years ago, and then struck out on his own. Don Bluth is his name. Yes, I checked out my father's claims; he really is one of his cousins. You see how much he's relatively struggled by comparison (although he is greatly admired). When my grandmother was still alive (Grandpa and Don's mom were brother and sister), we had many, many conversations about how much Disney had changed.

My daughter went through that Disney Princess phase so many girls seem to do. But now she follows her mother's interests with great aplomb, including anime. Drew's right. With time, they'll learn... or at least move on to other interests.

nice post. I do return gifts, but not because they are not open enough. Only when I can't make good use of them.

I don't believe in a solidly open-only approach, there is always something closed. Also, I usually don't view open-closed as a dichotomy, but more as a continuum. Not sure how that translates to Disney's dolls...

Like most parents, I had no idea of the harm that Disney was inflicting on the cultural world when I took my toddler into the new Toronto Eaton Center Disney Store oh so many years ago. He fell in love with a Mickey Mouse doll, although he had never seen a MM cartoon. (The first time he did was priceless; from his point of view his treasured toy had com to life --- what a kick!) He was Mickey Mouse for Hallowe'en... twice. Yet today he's playing Humble Indie Bundle games on his Linux box.

We are all learning, and it is a process we can only take at our own pace. Ideas that challenge existing beliefs can take a long time to achieve traction. The morass we call copyright today will not last; people are talking about it, no longer accepting it unquestioningly. Change will come. The copyright maximalists are their own worst enemies and are engineering their own downfall.

Parenting is a process; we all do our best.. As your daughter grows up she will learn from you. Live your ideals as much as possible but listen to your heart. It will work out.

I got a Roku box for Christmas, and have been using it to stream movies from Netflix. Supposedly Roku itself is derived from Linux, but the Netflix app is proprietary. :(

Yeay for being able to watch those episodes of Battlestar Gallactica that I missed, though.

I also use gmail, rememberthemilk, and other closed-source web apps. :(

I'm not sure why someone would be ashamed of rewarding those who pioneer technology. Without them there would be no open source community, because there would be no mp3 players, computer chips or operating systems, because there would be no incentive to create them. When you buy something you are agreeing with it's maker that what you are paying for is worth what they are asking. That the fruits of their labor are worth something to you. If it didn't have value to you then you wouldn't buy it. There's no shame in admitting that a kindle has value to you, or that the enjoyment you received from reading a book was worth something to you, and the author deserves something for that.