Why experiment with Linux?

In the last couple of weeks we’ve seen the announcement or release of a number of new products: the iPad Mini, an updated version of the full-size iPad, and Microsoft’s Windows 8 and Surface tablet.

A lot less attention was paid to the October 18 release of one of the most widely-used Linux distributions, Ubuntu. That’s unfortunate, because Linux in its various flavors is a solid operating system. It’s even used by such major companies as Google on both their servers and their desktops.

That said, my aim in this post is not to review the latest Ubuntu release (LifeHacker provides a first look here) or to rave about the benefits of Linux over other operating systems (since I’m primarily a Mac user). Instead, I’d like to offer a few reasons why it may be worth your while to explore and experiment with Linux, even if you don’t intend for it to become your primary OS.

It works on older hardware. If you’ve got an older, mostly discarded machine (PC or Mac, it really doesn’t matter) that you’re not quite sure what to do with, Linux can give it new life. You might, for instance, use a Linux installation to turn an older desktop machine into a media center.

It’s highly customizable. As with other operating systems, it’s possible to customize Linux to look (and, to a point, work) just the way you’d like. Don’t like the desktop environment that’s the default for your preferred distribution? No problem—just install another. There are plenty of applications for Linux, too. Though it’s true you won’t always be able to find a Linux version of software you’re used to using on Windows or OS X, odds are very good you’ll be able to find something that does the same thing.

Tinkering with it provides an opportunity to learn. When I first started playing with Linux a few years ago, even Ubuntu wasn’t as user-friendly as a lot of distributions are now. Even installing software was a challenge for someone not already familiar with the process. So I had to do some serious searching (especially in the Ubuntu forums) and experimenting to get things working the way I wanted. In the process, I learned a fair bit about (a) how to find the information I needed, (b) how the Ubuntu distribution works, and (c) how to use the command line.

There’s a variety of distributions. Fortunately, Ubuntu has become much easier for most people to install and use, as have other distributions such as Mint and Pinguy OS. Other distributions, such as Arch Linux, offer greater customizability, but definitely aren’t for Linux beginners. There’s even a distribution called Uberstudent that’s specifically designed for students. (I reviewed version 1.0 a few years ago; version 2.0 is due out very soon).

It’s free to download and to use. You can’t really argue with the cost of Linux. The more user-friendly versions are quite easy to install, too. (Users trying to install Linux on a Mac lacking an internal DVD drive may run into difficulties. In that case, it’s best to just install Linux in VirtualBox or other virtualization software.) In most instances, it’s simply a matter of downloading the distribution and putting it on a bootable DVD (or USB drive), then booting the computer from the device and following the on-screen prompts.

Have you given Linux a try? If so, which distribution(s) did you use, and what were your impressions? Let us know in the comments!

Originally posted on The Chronicle of Higher Education. Reposted with permission.

What to read next
Tags
Linux
Amy Cavender 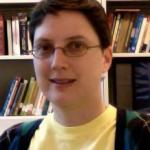 Amy is a Sister of the Holy Cross and an Associate Professor of Political Science at Saint Mary’s College, where she teaches both introductory and upper-level courses in Political Thought, as well as courses on Religion and Politics and Human Rights.
More about me