Flarf and the prospect of open source poetry 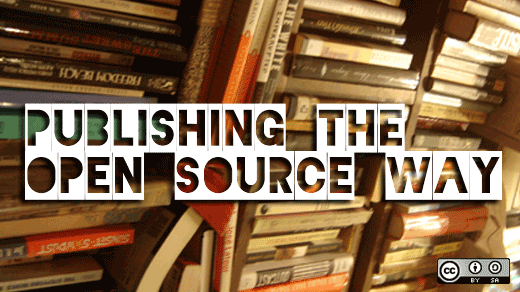 From the beginnings of human literature, there has been an instinct to identify with the community, the collective, more than with any individual author. Many of our most valuable texts have been created by social groups and belong to those groups. Multiple, anonymous authorship brought China its cherished Classic of Poetry, gave England Beowulf, and even accounts for parts of the Christian Bible, such as the book of Hebrews—author unknown. The Bible, by the way, tells not one definitive account of the story of Christ, but four that contain conflicting details. So despite the current celebrity mystique surrounding the individual, named author, it's safe to say that at the core of human civilization lie values of collaboration, shared experience, and shared ownership. And certain movements in literature today remind us of those values.

One such movement in 21st century poetry called "Flarf" began as a something of a joke by poet Gary Sullivan on the Subpoetics listserv in 1999.  It spawned a separate, smaller discussion group, "Flarflist," resulted in numerous books by its participants, was covered by Wired, The Atlantic, NPR, and other credible media, and lately has been declared dead or irrelevant. Sullivan's own recap of Flarf's origin and history can be found in a 2009 article in Brooklyn Rail, "From Glory Days to Glory Hole."

Sullivan's joke was to create cut-and-paste poems based on Google search results. Poet Mike Magee, one of the movement's early participants, described Flarf as

a collage-based method which employs Google searches, specifically the partial quotes which Google "captures" from websites. In its early manifestations it was VERY whimsical and went something like this: you search Google for two disparate terms, like "anarchy + tuna melt,” and using only the quotes captured by Google (never the actual websites themselves), you stitch words, phrases, clauses, and sentences together to create poems. (Charles Bernstein, "The Flarf Files" August 2003.)

This method resulted in what Magee calls a "collaborative texture," tended to eradicate the Romantic notion of authorship, and vitiated against the more earnest, sappy confessional poetry that had become so popular in academic poetry workshops from 1970 to 2000--and which was anathema to many of us poets who'd grown up on Expressionist art and experimental film. So in that sense, for many younger poets, Flarf was a good thing, or at least had a welcome effect. It said, essentially, Stop taking yourself so seriously.

But, in its own way, Flarf took itself seriously. The result was a number of poets who regarded themselves as a "movement" or a "school," validated by critics. Flarf formed a closed system, a literary clique, and in that sense betrayed the very spirit in which it was founded. But Flarf did (or does) raise an important question: Can poetry ever truly be open-source? Can the politics of authorship and proprietary ownership, which are largely the result of modernism (defined in the largest sense, circa 1500-present) be challenged?

In poetry, open source is not a new thing at all. Rather, it's a very old thing. The oldest and one of the most important poems in human history, The Epic of Gilgamesh, was created by more than one author whose identities are now unknown. The Finnish epic The Kalevala, though it was compiled by Elias Lönnrot in the early 19th century, was composed by perhaps hundreds of nameless authors, over centuries of oral transmission. The most heartrending Irish love poem, "Donal Og," is unattributed. In English, Sir Gawain and the Green Knight and "The Dream of the Rood" both lack attribution, and both are considered canonical--culturally indispensable. All of the above are available in the public domain.

Neither is collaboration a new thing. The French Surrealists embraced it with such exercises as cadavre exquis (exquisite corpse), a collective writing technique that sometimes produced provocative results. It's being practiced even now in web-based publications such as Likestarlings. But collaboration itself is not quite the same as open, unattributed, dynamically generated poetry. The question as we move forward is, can true, open source poetics be accomplished? Can a poem's quality, beauty, value to its community be its most important features, rather than the famous name of its author?

I think the answer is yes, and to test that hypothesis I've registered wikipoetics.org. Nothing is there yet. My intention is to establish a truly collaborative workspace for poets and, in fact, anyone to participate in the creation of meaningful, culturally significant poems.  Like Wikipedia, each entry--each poem--will have a title and a refereed method for registered users to edit/contribute. Occasionally, anthologies will be published as ebooks, available for download at a nominal cost. I've enlisted Patrick Herron at Duke University's John Hope Franklin Center to help build and promote wikipoetics.org.

Would anyone else like to contribute to the project? Consider this an open request.

A final word on Flarf: Thank you, Gary Sullivan, Nada Gordon, Michael Magee, Katie Degentesh and other poets who have risked credibility to open new horizons in the methodology of poetic composition. Your critics may be right in declaring Flarf dead; but Sharon Mesmer's also right to exclaim, "Long live post-Flarf." Here's to the establishment of poetry's healthy meritocracy.

What to read next
Aaron Belz 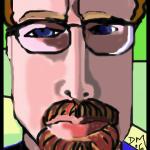 Aaron Belz is a poet and essayist who has published across a wide range of venues, from Wired to Christian History to Boston Review. He currently serves as a contributing editor for Capital Commentary, the weekly current-affairs publication of the Center for Public Justice in Washington, D.C., and writes regularly for The St.
More about me