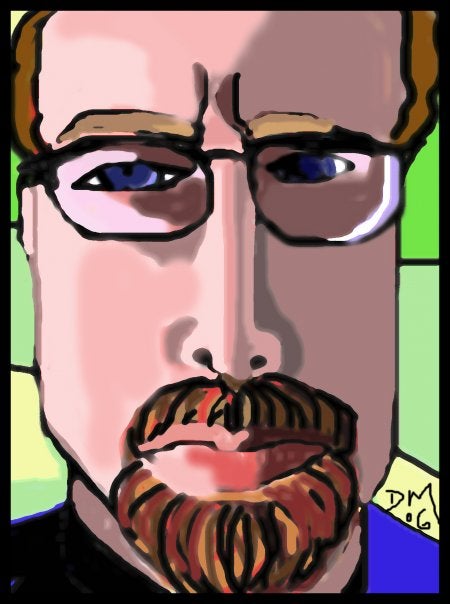 Aaron Belz is a poet and essayist who has published across a wide range of venues, from Wired to Christian History to Boston Review. He currently serves as a contributing editor for Capital Commentary, the weekly current-affairs publication of the Center for Public Justice in Washington, D.C., and writes regularly for The St. Louis Post-Dispatch, Books & Culture, and other periodicals. He also has published two books of his own poetry, The Bird Hoverer (2007) and Lovely, Raspberry (2010); a third, Glitter Bomb, is forthcoming from Persea Books.

Flarf and the prospect of open source poetry

From the beginnings of human literature, there has been an instinct to identify with the community, the collective, more than with any individual author. Many of our most…

Aaron Belz
Flarf and the prospect of open source poetry

I agree with both comments here. Obviously Bryan's reinforces my thesis. And Aaron, I would never propose to do away with the individual author or her/his work being regarded as having been written by a named individual. What I object to, and what I think open sources poetics might be able to reduce, is the halo we (our society) tends to place around the heads of "greats" in literature and other arts. The halo changes the way we regard their work, so that even a bad poem by Wallace Stevens (and there are many) becomes better than a great poem by a high school senior, name unrecognized by reading public. Not saying Stevens shouldn't get credit for :"The Idea of Order," just saying that celebrity status hurts authors/artists just as much as it hurts audience, because it leads to prejudice, prejudicial reading, and prejudice is never good.

By the way, I received a clarification from one of the original Flarfists, Drew Gardner, about the origins of Flarf and thought it would be helpful to post part of it here:

"The origins of flarf are actually much more collaborative then you outline here. Though Flarf began with a satiric poem by Gary, it didn't involve Google. Gary was using a satiric impulse he had long been involved in (see his poetry.comedy magazine <em>Stifled Yawn</em>) to mock a fake poetry contest - he was writing that off the top of his head. And it had nothing to do with the sublist, though he later post some early flarf to the sublist). This was just being passed around between Gary, Nada and myself. We started to mess around with the 'bad poetry' via email and I introduced the Google collage technique-- something I had done in my first book (I had been involved in early network-computing stuff early on professionally) and the two approaches, satire and Google collage blended together to make flarf."