The FUEL project: A localization effort of content, collaboration, and consistency 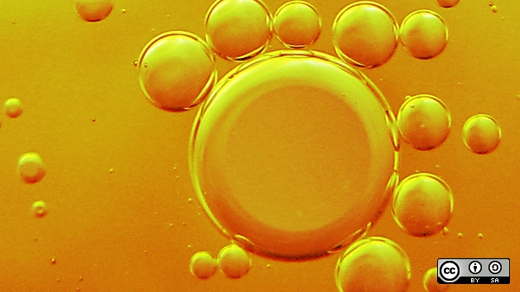 FUEL stands for frequently used entries for localization, and the FUEL project [community wiki ; project website] is an open source effort that aims to solve the problem of inconsistency and lack of standardization in computer software localization.

Initiated by Red Hat, FUEL has since grown into a larger effort. Resources created by FUEL are now used by several language communities, organizations, companies, tools, and pieces of software.

The FUEL project was launched four years ago,at an evaluation meeting of Hindi language community members. The community was trying to standardize a list of entries called the FUEL List.

The members of the Hindi language community analyzed useful applications for email, browsing, and editing, and selected frequently-used entries for localization--terms and meanings that a general user frequently encounters,and the proper way they should be expressed in Hindi.

The list of localization and translation standards that the Hindi language community developed later became a popular terminology starting point for other language communities. The success of the Hindi evaluation meeting also inspired other communities’ work with FUEL project to develop their own, localized lists.

Why FUEL is needed

The primary goal of FUEL is to promote consistency and standardization in computer software localization.

Localization is the process of transforming a product into different languages and adapting instructions, prompts, system responses, and other communication methods for a specific locale. As technology becomes more complex (and more customized), the localization process also becomes more complex and involves more players, more interfaces, and more tools.

With today’s global marketplace and global, open source processes, a piece of software is no longer developed in one place, or at one time, or by one person or even one team. Development could be happening across continents, in totally different time zones, or even with the people who never meet or speak to one another at all. Because of this, we face problems related to the consistency of translations and terminology.

So, the help that FUEL can provide is even more necessary now than before.

To localize any software, three major linguistic resources are required--a good glossary, a style and convention guide, and an assessment method.

The FUEL journey looks very simple, but the whole exercise needs a lot of resources. This is a human-resource-hungry project. This project suggests a set of steps any content-generating organization can adopt and use to ensure localized software interfaces are consistent.

The FUEL review process uses a version control system on the backend. This facilitates evolution of localized terminologies, with a bug tracker and ticketing system to keep records of work and progress. To keep the translation community connected, there is also an IRC channel (#fuel-discuss @ irc.freenode.net) and a mailing list fuel-discuss.

Standardization before and after FUEL

In the past, standardization efforts were made by major names and many contributors. But these standardization efforts were generally automated and prone to errors. In previous standardization efforts where people were directly involved, individuals worked on their own, with no collaborative input. These individuals might use given standards, or they might ignore them—depending on their preference. Because they were trying to solve the problem of inconsistency, these efforts lacked the participation of particularly active localizers, translators, and desktop users. Thus, when the community reviewed the standards, they did not reflect what the community needed.

For example, some organizations and institutions in India labored to create computer glossaries with several thousand entries. They made these glossaries in private and, at completion, made them available to the public. But, because of complexity, non-conformance to universal standards, and inconsistency, very few people supported those efforts. The end-result wasn’t useful to them, because they had been unable to indicate what they wanted or needed in a standard.

In the FUEL process, the community has the first and final power. People initiate projects and choose which projects to invest their time and effort in. Transparency and democracy are key. Knowledge and choice are powerful motivators. FUEL provides a fully transparent public review process for creating terminology and style guides.

For the many languages in which FUEL works, this kind of large-scale open standardization effort has never been tried. In this way, FUEL is continuously working towards democratization of content--making it free and open to help create a better world.

What to read next
Tags
Language translation and localization
Rajesh Ranjan 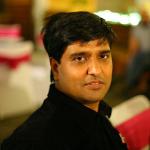