What artists want in software: An ode to Dream Studio

I am an artist and the sole maintainer of Dream Studio, a free and open source creative system (on SourceForge). Though most of the software is maintained by others who maintain their own Ubuntu PPAs, which are included with Dream Studio by default (which is, itself, based on standard desktop Ubuntu), I create the default themes and overall look of Dream Studio, package the various multimedia categories, create the installer disc (and Dream Studio for Ubuntu), and write a couple of the programs and scripts included with the distribution.

I've been a professional musician for 12 years and recording music for 17. I've also been creating graphics like band logos, concert posters, T-shirt designs, and CD packages for 10 years, and making music videos for the last 5. I feel I have a pretty good idea of what artists want in a creative studio, and because I believe in open source, I want to share the tools I use personally with the whole world, as so much software has been shared with me.

I'm all about openness. Whether its open source, open formats, or open standards—I love open systems. Now I'll admit, when I began using software to create there were some things that could only be done with closed source or proprietary software. It used to be that if you wanted to record multi-track audio, you had to use commercial software. The cheapest options were about $20, and were terribly limited. I, like many others, used pirated versions of commercial software because I couldn't afford to pay for a full license, and there were no free or open source options available.

Today things are very different. There is no longer a single thing I do, from drum programming to video effects, that can't be done with open source software. Now, I realize that's a personal preference, so you can always add commercial software to Dream Studio if you like, and sometimes I'd even advise it. Mixbus, the LinuxDSP plugins, and Nuke, for instance, are all excellent software, but Dream Studio, at its core, will always be open. And that's the first thing that makes it great.

Popular software like Google's Chrome browser and Oracle's Virtualbox release Ubuntu packages, which you can install seamlessly on Dream Studio, and software made for multiple distributions like the latest Ardour packages or nVidia drivers, as well as commercial software like Mixbus and the LinuxDSP plugins, also work great. And if you really like to compile your own software, you can do that with Dream Studio as well (I usually do when testing out a new app to consider for inclusion in Dream Studio). Because I need to be able to test the widest variety of software available in the easiest way possible, I use Ubuntu as a base, and the result is that more creative software works with Dream Studio than any other creative Linux.

I also need a system that's easy to use. It has to be easy to customize and configure, and it must be easy for me to replicate so I can set up new devices and repair old ones as quickly as possible. This is the main reason I started making a distribution to begin with, long before I released it. This is the second reason why Dream Studio is based on Ubuntu, and specifically the reason I chose to use Unity, the stock Ubuntu desktop. The Ayatana design team is doing a great job with the basic desktop, and Ubuntu's clear documentation makes it easy to integrate with and extend every aspect of it.  We've got media previews built into the dash, custom app indicators, keyboard shortcuts for everything, and the Heads Up Display—all making it the easiest desktop to use for complicated actions like managing multiple apps as one does with music production, or working heavily with menus, as is often the case when drawing, animating, or editing photos and video.

When I began using the software that comes with Dream Studio, I was as new to it as anyone who'll ever use it, so I needed it to be well documented and community supported. And that's the third thing that makes Ubuntu the perfect base for Dream Studio. Having so many users, Ubuntu is well supported through forums, tutorials, and blogs. And since Dream Studio modifies as little of Ubuntu as possible, things that work on Ubuntu generally do so on Dream Studio as well. Wherever I can, I try to extend Ubuntu rather than modify it.

The most capable tool for each job

When it comes to creative software, I generally love playing with new features, like effects, workflows, and general improvements. Thats why Dream Studio uses a semi-rolling release schedule. While the Ubuntu core of Dream Studio stays in sync with Ubuntus LTS schedule, creative apps, like Ardour, Blender, Inkscape, GIMP, Cinelerra, and many plugins are kept updated as new stable versions are released. As a result, core services like the desktop and hardware settings are kept stable, but you get the latest toys as well.

When I started using Linux for creative work there used to be a distribution called DeMuDi, and one of the things I struggled with was finding the most appropriate software given the many available options. You had to choose your desktop, your theme, your DAW, your video editor, and the only way to know which one was the best was to use it. So I used them. All. And I still use new software whenever I hear about it just to see if it would work well with Dream Studio. If you want to use extra software, like I mentioned earlier, it's easier than on any other system. If you just want to know that you have the most capable tool for each job (the UNIX philosophy), that's what the default packages in Dream Studio are.

Every time I've found something I wanted to do, I tried all the software I could find that does that job, and picked the best one. This is what I still do in Dream Studio, and the benefit is that here users dont have to do excessive sorting (though they can if they want to).

What to read next
Dick MacInnis 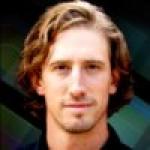 I’m a thirty one year old father and husband (born in 1981). My wife, Megan, and I have been married for three years (2009), and our daughter is 2 and a half (2010). I’ve been making graphics, websites, and software for over ten years, all the while touring as a professional singer/songwriter. In the studio, I usually work alone, but I have a band that plays with me live.
More about me