What open source RSS feed reader do you use?

The recently announced end-of-life for Google Reader has brought about many articles in the press listing replacements. Unfortunately, many of the replacements suffer from several deficiencies:

Most of them are hosted solutions. This means that they have the same weakness that Google Reader had: your reading is under the control of another entity. This means if the company goes out of business, or decides to change direction, you could find yourself in the same boat as you did with Google Reader.

Most of them are not being made available under a real open source license, such as the GPL or MIT licenses.

Some RSS readers available under an open source license:

This list doesn’t even begin to cover all the open source options out there. Just to mention a few more: Snownews, Akgregator, Blam! and RSSOwl. All of them have various feature sets, some are limited by the platforms they work on, some are more friendly to multimedia use, etc. You have to see what features you want and need.

Why RSS readers are important

Dieter Bohn gives one explanation in his article Why RSS still matters and there is obviously still a need that Digg has recognized. While others have recognized that in some parts of the world Google Reader plays a very important role.

My reasons go beyond needing to find open source solutions, and making certain that the user has control over how they are using the Internet. There are two topics that are rooted in social issues (similar to, but different from the censorship issue), instead of technological issues, which most of the media has failed to recognize. There is also a third, semi-technical concept, that should be discussed.

For more on the growing divide, the Internet as a library, and going beyond delivering news, check out my blog post: Why RSS Readers and the Choice of a Feed Reader Matters.

Originally posted on The CerebralRift blog here and here. Reposted under Creative Commons.

What to read next
George 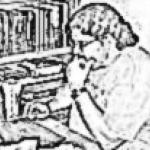 I am a Linux Systems Administrator / Architect, with over ten years experience in IT. I am a panelist of the Kernel Panic OggCast (podcast). I am also an open source and Creative Commons advocate, EFF and FSF supporter.
More about me

These comments are closed, however you can Register or Login to post a comment on another article.
The CerebralRift is licensed under a Creative Commons Attribution-NonCommercial-ShareAlike 3.0 Unported License.
LinkedInTwitterFacebookWhatsAppEmailReddit