This is a short list of my favorite graphical text editors for Linux that can be classified as IDE (integrated development environment). Here, I give the pros and cons of working with the following:

Gedit is probably the text editor I use most and the official text editor of the GNOME desktop environment. I've written more about it here.

While aiming at simplicity and ease of use, gedit is a powerful general purpose text editor is released under the terms of the GNU General Public License and is free software.

The features of gedit include multilanguage spellchecking and a flexible plugin system allowing the addition of new features, for example snippets and integration with external applications including a Python or Bash terminal. A number of plugins are included in gedit itself, with more plugins in the gedit-plugins package and online.

gedit has an optional side pane displaying the list of open files and (in a different tab of the side pane) a file browser. It also has an optional bottom pane with a Python console and (using gedit-plugins) terminal. gedit automatically detects when an open file is modified on disk by another application and offers to reload that file. Using a plugin (in gedit-plugins package), gedit can save and load sessions, which are lists of currently open tabs

Geany is a small and lightweight IDE. It was developed to be small and fast, which has only a few dependencies from other packages. Another goal was to be as independent as possible from a special Desktop Environment like KDE or GNOME, Geany only requires the GTK2 runtime libraries.

Sublime Text is a cross-platform text and source code editor with a Python API. The GUI was inspired by Vim. Its functionality is also extendable with sublime-packages; Sublime Text is not open source software nor free software, but some of the extending packages have free-software licenses and are community-built and maintained.

A common feature within text editors, Sublime Text will offer to complete entries as the user is typing depending on the language being used. It also auto-completes variables created by the user.

The dark background on Sublime Text is intended to increase the amount of contrast with the text and as certain types of syntax are highlighted different colours these stand out better compared to the background than if it was light.

This feature allows users to run code for certain languages from within the editor itself which eliminates the need to switch out to the command line and back again. This function can also be set to build the code automatically every time the code is saved.

This feature allows users to save blocks of frequently used code and assign keywords to them. The user can then type the keyword and press tab to paste the block of code whenever they require it.

This feature is a navigation tool that allows users to move between files and also within them.

Sublime Text has a number of features in addition to these including auto save which prevents users from losing their work. Customizable key bindings, a navigational tool which allows users to assign hotkeys to their choice of options in both the menus and the toolbar. The find as you type feature is used to search the document and begins to look for the text being entered as the user types. Similarly the spell check function corrects as you type. Sublime Text offers further automation features including the use of Macros and the ability to repeat the last action.There are also a wide selection of editing commands, including indenting / unindenting, paragraph reformatting and line joining.

The only problem with Sublime Text is that it’s not free and not open source. However you can use the evaluation version which is functionally identical to the full version, There is no enforced time limit for the evaluation. The only difference is a pop-up window that asks you to consider buying the full version ($70).

The software can be downloaded from the official website for linux at 32 and 64 bit.

jEdit is a mature programmer’s text editor with hundreds (counting the time developing plugins) of person-years of development behind it.While jEdit beats many expensive development tools for features and ease of use, it is released as free software with full source code, provided under the terms of the GPL 2.0.

What to read next
Tags
Linux
Text editors
Linuxaria 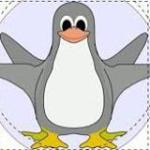 Linuxaria is a blog who's mission is to share Linux knowledge and cover 'everything on Linux and open source.'
More about me