The Center for International and Intercultural Communication (ZiiK) at the Technical University of Berlin (TU Berlin) has been helping with the reconstruction of academic organizations in Afghanistan since 2002. Under the supervision of the Berlin IT lecturer, Dr. Nazir Peroz, Director of the ZiiK, computer centers have been established at five college locations in Afghanistan.

Since its inception in 2000, ZiiK at TU Berlin has been a platform for international and intercultural exchange on information technology. In addition to intensification of the international dialog, one of ZiiK’s main goals is to offer students from developing countries promising perspectives for the future. After the Bonn Conference, the need for reconstruction of Afghanistan's education system was apparent, and the search began in late 2001 for partners to help.

Dr. Peroz accompanied the German Academic Exchange Service's (DAAD) first fact-finding mission to Kabul in early 2002. The team was sent to evaluate the requirements for the reconstruction of the higher education system. The situation it encountered in the Afghan capital confirmed that after decades of war and tyranny from the Taliban, there was not much left of the academic education system. According to Dr. Peroz, “When we arrived there, Kabul University was made up of just a few run-down buildings. There were a few lone tables and chairs lying around along with a few tattered books. In the whole of the capital’s college there was just a handful of old computers, some of which didn’t even work anymore.”

Since civil war had erupted in 1978, many well-educated Afghans had already fled the country. Then, after the Taliban seized control in 1996, many schools and colleges were closed down completely.

From the start it was clear that it would not be enough to just provide new infrastructure, it would also be necessary to familiarize the people with modern electronics so that they were in a position to make use of them. In addition, to ensure that the Afghan facilities were not permanently reliant on foreign aid, it was also important to train specialists who could take care of the operation of the established structures autonomously. “From the beginning, our aim was always to create something that will continue to help Afghanistan in the long term as well—something which opens up perspectives for the future for the nation, and offers the people hope”, explained Peroz. “The IT sector is ideal for achieving these goals because it is indispensable for modern economy on the one hand and requires lower investments in hardware than other branches of trade on the other. The most important asset in IT is expertise and that is what we want to communicate.” 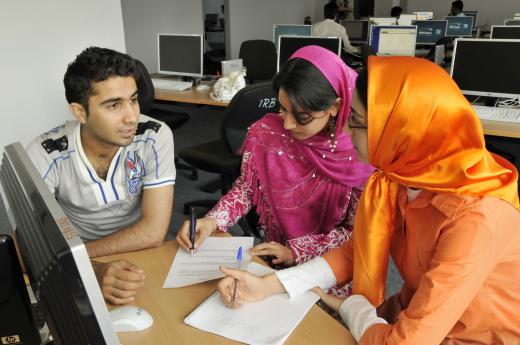 The basis for an education in IT is a functioning IT infrastructure which can be used to train college employees, specialists, and students. One of the first project milestones for the ZiiK was the establishment of a computer center at Kabul University. The IT Center Kabul (ITCK) was launched in March 2003 and has guaranteed the college’s IT capacity ever since. It connects the networked institutes and PC pools with the Internet and provides services such as storage space and mail and web servers. Today, the colleges in Herat, Mazar-i-Sharif, Jalalabad, and Kandahar now also boast their own IT centers.

When establishing the computer centers, the German-Afghan project employed open source software from the start. Over the years, the ZiiK team and its Afghan partners have tried out several different operating systems, primarily a variety of Linux distributions. The newest computer center, the IT Center Kandahar (ITCQ), was the first to adopt the open source Univention Corporate Server (UCS) from Bremen-based Univention GmbH. 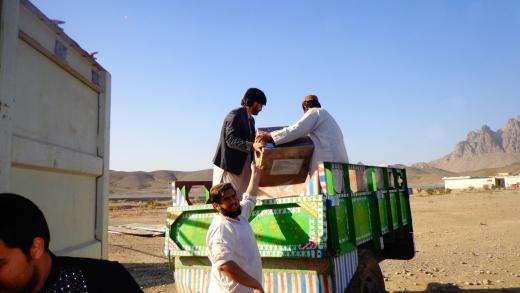 "It was important for us to find an operating system which put the Afghan staff in a position to perform all the necessary work with as little training as possible and if possible without our support”, said Daniel Tippmann, Project Planner and Coordinator at the ZiiK. “Simple administration of UCS via a central, graphic management surface, lots of integrated tools, simple installation and mounting of additional programs via an integrated App Center are important to the Afghan administrators not as well-versed in the operating system as we are here in Germany." 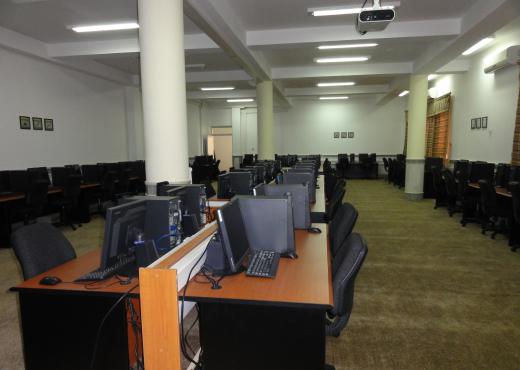 New IT center at the University of Herat

The administrators trained in the summer and winter, and now schools in Berlin can use the web-based UCS management system to administrate their servers, computer workstations, users (rights) as well as different server applications and web services across various platforms. New software can be installed on connected computers from the management console and the App Center via a graphic interface, for example for educational support software.

"Now we can put our Afghan colleagues on site and are able to resolve everyday problems such as resetting a forgotten password, creating new users, or installing new software much quicker than before,” said Tippmann. “This allows us to reduce our role to emergency support, intervening only if the local staff is no longer able to proceed. And the more experience they gather, the less often that is the case!" 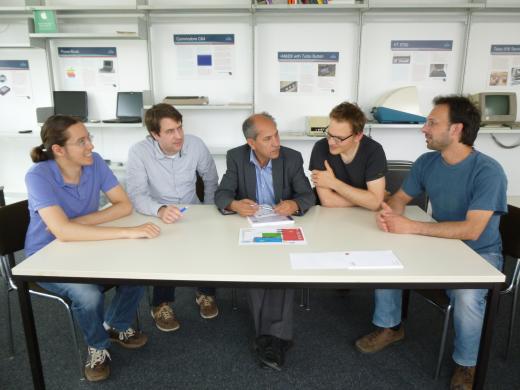 Dr. Nazir Peroz (Head of the ZiiK) with his planning team for the IT center in Kandahar (ITCQ)

After six successful months using the new open source corporate server, the decision was made to switch the other IT centers over to the operating system from Germany too. The Bremen-based company provides the requisite licenses free of charge as well as the training documentation. In addition, the ZiiK and Univention run joint workshops to train the Afghan administrators.

In the more than 12 years since the plea for help with reconstruction went out, over 4,500 college employees and specialists have been trained in the use of computers. Forty-eight Afghans were awarded scholarships and have completed a Master's degree in IT in Berlin and then communicated their knowledge to lecturers in newly established IT courses in their homeland. Around 1,000 IT students have already completed their IT studies at the colleges in Kabul, Herat, Mazar-i-Sharif, Jalalabad, and Kandahar, or are currently enrolled. Many of these graduates have gone on to found their own IT companies. "Every time a company is founded, it is a step towards a stable and better future,” said Peroz. “The country has an incredible amount of catching up to do, and educating the young people is the best way to make up for the missed development of the past 40 years in just a few years."

What to read next
Tags
Education
Maren Abatielos 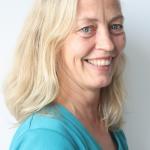 Maren Abatielos works in the marketing department of Univention, an open source software vendor. She is responsible for content marketing including social media. She's got an international BA in business studies and joined Univention because she loves the company's philosophy and open source products. She's spent most of her career in software and web service companies.
More about me