Coding is fun! Europe Code Week is back

Europe Code Week is organized by Neelie Kroes' Young Advisors with the support from DG Connect at the European Commission and runs from October 11 - 17 this year. It's a program all about teaching kids and adults how to code and understand more about technology. 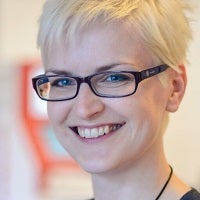 The first ever Europe Code Week took place last year and was largely an experiment to test things out. Opensource.com covered it in an interview with Julie Cullen, the Irish Ambassador, asking her what activities were planned in her home country. This year, Europe Code Week has even more activities planned, over 1000 and counting! To get more insight on the event, I interviewed Alja Isakovic, one of the Young Advisors and organizers for the Europe Code Week program. In this interview, she shares some of last year's successes and tells us what people can look forward to this year.

Can you tell us a bit about yourself, your background, and how you got involved in Europe Code Week?

I'm a geek, writer, runner, and cat-lover from Ljubljana, Slovenia. By day, I work at CubeSensors, a hardware startup, and by night I try to get more people, especially women, excited about technology. As a member of Neelie Kroes' Young Advisors, I started the Europe Code Week movement with the other Young Advisors, and I'm now making sure it's spreading across Europe and in my own country.

Together with other members of CodeCatz, the coding study group for (mostly) women that's been meeting regularly in Ljubljana for over a year, I'm also supporting Code Week from a technical perspective and using the initiative to improve my own coding skills.

Can you tell us a bit more about Europe Code Week?

Europe Code Week is about promoting coding across the continent. There's a lot of great grassroots coding initiatives like CoderDojo and Rails Girls, which both started in Europe, and are now spreading globally. With Code Week, we want to make initiatives like that better known to the wider public and by doing so encourage more initiatives to be born, and more people to experience coding first-hand.

We're trying to promote coding as a new literacy and a skill that can be used for bringing your ideas to life. We want to show that coding can be fun and creative, and that it provides great career opportunities, even for people who don't want to be full-time programmers.

Why do you think youth should learn to code?

Coding isn't just a great skill to master, it also teaches you about problem solving. For young people, it's especially important to have the experience of creating something on their own, not just playing games and liking content others have created. By teaching our youth about coding, we're turning them into better problem solvers and enabling them to understand our digital world better.

This year is the second time you have organized Europe Code Week. Can you share some of the successes of last years event?

Last year was an experiment. We had about a month to promote the initiative, so the fact that we reached 300 events in 26 countries proved there is a huge demand for the kind of events we want to promote. Last year's success also motivated us to try to aim even higher this year. And it's working. One week before Code Week, we already have 4 times the events we had last year, we've involved over 10 new countries, and have almost 90 Ambassadors volunteering to promote Code Week in their own countries. It's incredible to have a coding map of Europe with over a thousand events this year! 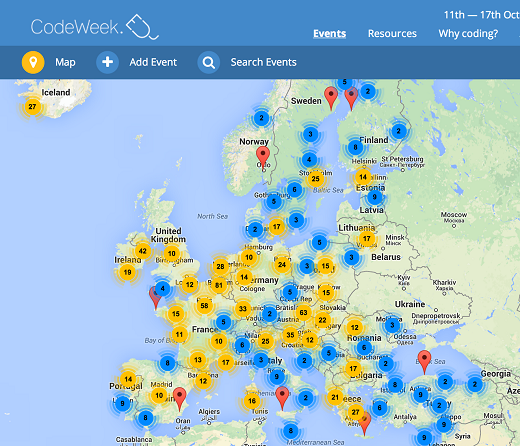 What does a day at a local event, during Europe Code Week, look like?

It's hard to answer this question, we have so many different events! Some Code Week events take place in classrooms during the week; we have a lot of weekend CoderDojos, which involve children and even their parents; evening workshops for adults, who are looking for a new career; and we're also hoping a lot of friends learning new skills together.

We don't only have events for kids. It's of course important to get kids excited about technology from an early age, but we also have a lot of adults who find themselves lacking technical skills and are exploring the possibility of starting a new career, at a new company, or just gaining new skills for their current careers.

In terms of promoting open source at events, it's up to each event organizer to do that. That said, most of the events we see submitted do rely on open source software, as there are a lot of great open source tools that help beginners of all ages learn programming and start creating their own software.

What are your expectations for this years event?

With over a thousand events already posted and more coming in every day, we're hoping to reach over 100,000 people across Europe. We expect more people to get excited about coding and share what they'll learn during Code Week with their communities. We're hoping people start making every week of the year a Code Week. Hopefully, Code Week will inspire a new generation of coders, and help make Europe even more digital.

What to read next
Tags
Getting started
Robin Muilwijk