The Definition “sets out principles that define openness in relation to data and content,” and is the baseline from which various public licenses are measured. Any content released under an Open Definition-conformant license means that anyone can “freely access, use, modify, and share that content, for any purpose, subject, at most, to requirements that preserve provenance and openness.”

The Open Definition is an important standard that communicates the fundamental legal conditions that make content and data open. One of the most notable updates to version 2.0 is that it separates and clarifies the requirements under which an individual work will be considered open from the conditions under which a license will be considered conformant with the Definition.

Public sector bodies, GLAM institutions, and open data initiatives around the world are looking for recommendations and advice on the best licenses for their policies and projects. So, it’s helpful to be able to point policymakers and data publishers to a neutral, community-supported definition with a list of approved licenses for sharing content and data (and of course, we think that CC BY, CC BY-SA, and CC0 are some of the best, especially for publicly funded materials). And while we still see that some governments and other institutions are attempting to create their own custom licenses, hopefully the Open Definition 2.0 will help guide these groups into understanding of the benefits to using an existing Open Definition-compliant license. The more that content and data providers use one of these licenses, the more they’ll add to a huge pool of legally reusable and interoperable content for anyone to use and repurpose.

To the extent that new licenses continue to be developed, the Open Definition Advisory Council has been honing a process to assist in evaluating whether licenses meet the Open Definition. Version 2.0 continues to urge potential license stewards to think carefully before attempting to develop their own license, and requires that they understand the common conditions and restrictions that should (or should not) be contained in a new license in order to promote interoperability with existing licenses.

What to read next
Tags
Licensing
Timothy Vollmer 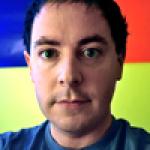 Timothy Vollmer is Manager of Policy and Data for Creative Commons, and has worked as a policy fellow, business development assistant, and intern. Prior to rejoining CC, Timothy was Assistant Director to the Program on Public Access to Information for the American Library Association Office for Information Technology Policy in Washington, D.C.
More about me