May open source be with you

My introduction to open source software began when I was sitting on a server room floor, with my head in my hands, completely frustrated with a Windows 2000 server. Every night there were some services that would crash. Every morning I would get yelled at by my over-bearing boss. I was new to the company, it was my first IT job fresh out of Network Admin college, where I graduated at the top of my class, but I couldn't fix this problem because it was a "known Microsoft issue," and I just had to wait for the update.

I had known about Linux and was following its progress while attending college. I kept reading about its rock-solid operation, so I wanted to test it out in our company (risking my own neck and bacon). Somehow, I convinced my boss that with the purchase of a $200 used computer I could solve all his problems. My plan was to replace one of the services that was causing problems just to see if Linux could handle the job. I searched the Internet and found a lot of information about Red Hat and how brilliant their services were, but there was no way I would be able to convince my boss to buy a Red Hat server subscription. Heck, I don't even think he paid for his Microsoft licenses!

Eventually, I found CentOS. I used an online walk-through for setting up a Dynamic Host Configuration Protocol (DHCP) server on Linux, booted it up, and disabled the MS DHCP service. I was overjoyed to find that the DHCP service ran perfectly. It even gave me more power and control over what was going on. I was truly ecstatic.

After a couple weeks of flawless operation, I suggested we move another problem service over. Fast forward about eight months, and I had moved all services over to Linux and my job became so easy. I had no prior experience with Linux and didn't know what to do if it crashed, but I made thorough notes and could rebuild whatever it was in a matter of minutes. It never crashed. Never needed rebooting. Life was good.

Years after this experience, my Windows XP laptop was taking 30 minutes to boot every morning, includering jittery operation and frustration after frustration on my end. So, I made the switch to Linux. I was sold on Red Hat/CentOS/Fedora because of their community, contributions to open source, and the philosophy that the Fedora distribution has. Fedora believes in building a community distribution that promotes and fosters open source values and beliefs while remaining free for everyone. They are dedicated to freedom and innovation, and they contribute everything back to the free and open source world.

So, I selected Fedora as my full-time personal distro. And, I am now using Fedora with the Cinnamon GUI, because Gnome 3 feels a bit like a tablet interface to me. That's another beautiful thing about Linux, you have the freedom to choose the option that best suits your needs.

Through all these experiences, I found that what I've loved is learning about open source. I love the freedom I feel when installing software on any machine. No limitations. And, it operated cleaner, was easier to personalize, and was free as in freedom. Yes, I'll admit it, I fell in love with open source. I found that in all my command line hacking, editing scripts, and trying to read code that I couldn't yet read, I wanted more. I wanted to learn how to write open source software. I wanted to contribute to the greater good. I felt like I needed to become an evangelist of open source software and standards. It felt right. It felt pure. I was "on a mission from Gad." I promote Linux to anyone who will listen. I have successfully converted about 20 families to using Linux full time and offer them free support when they need it.

Currently, I am halfway finished with my three year Computer Engineering Technology/Computer Science course at Algonquin College in Ottawa Ontario Canada. It is a great school, and all IT students learn about Linux as part of the course curriculum. Some instructors promote Linux and open source software in their classrooms, while others demand their students run Windows and use proprietary software. I have been trying to promote and encourage the use of Linux and other open source software like LibreOffice for our classes and assignments; I personally try to use only open source software even at the expense of losing marks.

At this point in my open source journey, I have so many ideas for open source projects, and once I complete my training I want to contribute to other ongoing projects like Gnome and Cinnamon GUIs, Adobe Brackets, and Fedora. I feel like a kid in a candy store that is waiting for his allowance so I can spend it all!

I am treating my education as if it is open source Jedi training. I can't wait for my first epic battle to begin. May open source be with you...

What to read next
Tags
Linux
Cory Hilliard 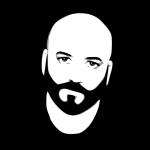 Cory Hilliard studied Computer Engineering Technology and Computing Science at Algonquin College in Ottawa Ontario Canada and is currently looking for new ways to bring Open Source adoption into Canada.
More about me