What will drive mainstream desktop Linux?

You know how on TV, NFL analysts will pit one football team against another and say what areas they need to execute well in order to win the game? Here is my take on the most popular desktop Linux distros: Ubuntu, Linux Mint and Chrome OS. Let's not mince words here: Windows is still the undisputed king of the desktop with OS X a distant second. In the meantime, Linux does not even show up on the radar, especially where it counts: in retail outlets and the average consumer's mind.

There are a couple significant reasons why Linux is a distant third, which I've covered elsewhere. However, one important area that needs to be addressed, which I haven't covered before, is product development. I'm going to pretend that I am a NFL analyst assessing each Linux distro's product and explaining what each distro needs to improve on to be appealing enough for the average consumer. Now when I go through this analysis, I need to assess each distro as if I am buying a branded PC with that distro. Why? Because that's how most consumers expect to purchase a PC. The difficult part with a lot of the Linux distros is that there is not that "appliance" that "works out of the box" perception that consumers get when they use it. After all, many people are used to using Windows PCs, Macs, and tablets that just work, including apps that came with each device. They expect that same kind of reliability when they use any PC. So let's start the analysis with the latest device that comes very close to that, which is the Chromebook.

After doing some research on Chromebook owner's perceptions with their device, it appears that they are very satisfied with its fast performance and the ability to do basic PC tasks such as working with documents, reading, watching movies, social networking, using email functions, doing their finances and shopping on-line.

The biggest gap between using a Chromebook and a PC is that the processes of video editing and image editing are cumbersome for the average consumer.

We know that these Chromebooks were not designed to be a "production" PC due to its limited 16GB storage capacity. However, with some of the OEMs creating different models of the Chromebook, including the Chromebook Pixel for heavier processing, I think that one of the OEMs should at least include reliable and intuitive video editor and image editor tools as native applications on the Chromebook. I understand that Pixlr is one app from the Chrome Web Store that can do image editing pretty well but when you are dealing with images over the internet, the latency is still not comparable to working on images locally on a PC.

In my own experience, Ubuntu has done a good job serving as my "Production" PC from November 2011 until now. I can do all computing tasks that I executed daily on a Windows PC. I've used LibreOffice and Evolution, which replaced tasks I used MS Office and Outlook for. I've been able to create and revise images using Inkscape and Gimp. I've also been able to create and revise videos using Desktop Recorder and Openshot Video Editor. As for development, I have been able to use IDE tools such as Mono and Eclipse pretty well to modify, test, and troubleshoot code. I've even gotten printing to work with a Brother MFC 210C printer that I acquired in 2009.

The only major drawbacks I've encountered were with webcam software. Cheese is the most common webcam software used with Linux PCs. After applying software upgrades, the Cheese application is not as reliable. In fact, I cannot get the video capture process to work properly even now.

Ubuntu needs to make sure basic computing tasks that users come to rely on are working well even with software upgrades or updates. I realize that it's not possible to satisfy every piece of hardware or make every free Linux program work well for every user but what you can do is work with OEMs to ensure that basic computing tasks are optimized for their hardware if they sell Ubuntu pre-installed on their hardware. For example, Cheese is not in anyway affiliated with Ubuntu, but if that's what comes with pre-installed Ubuntu laptops, at least make sure it works well and reliably. Or get OEMs to install their own webcam, video editing or image editing software that works well on Ubuntu.

I've been using Linux Mint since March 2013 and I really like this desktop. One tech writer did an informal survey of his family and friends, comparing Ubuntu vs Linux Mint for new Linux users. What he found out was that non-tech savvy new Linux users preferred Ubuntu and that tech savvy new Linux users preferred Linux Mint. I consider myself a tech savvy user so it's not a surprise that I spend more time using my Linux Mint partition over Ubuntu in a dual boot situation on my Toshiba Satellite. What do I like about it? It's clean, elegant and uncluttered. Its user interface reminds me a lot of Windows 7 but much simpler. I can find the programs I need pretty easily. I can also do everything that I could do with Ubuntu as a "production" PC. I actually decided to try Mint when I saw an article by a tech writer extolling its virtues and I'm glad I did.

Mint suffers from the same issues that Ubuntu does because they use the same supplier of Linux applications. Mint is a derivative of Ubuntu so it's not a surprise that this is the case. After applying software upgrades, the Cheese webcam software I was using stopped working reliably when capturing a video. There is a latency when recording or it crashes.

There are quite a few OEMs which supply Linux Mint pre-installed. Since there is no coordination between independent developers of free Linux apps, the Linux Mint developers and the OEMs, I think OEMs need to install their own webcam software that is optimized for their hardware on Linux Mint. They should also consider using this same approach for video editors and image editors as well.

So, there you have it. If all three Linux distros want to sell more PCs with their OS, they need to aspire to creating an "appliance" that works well out of the box so that when tech reviewers "unbox" their product on YouTube, they get the optimal "out of the box" experience to share with the world.

Originally posted on My Linux Adventure. Reposted under Creative Commons.

What to read next
Tags
Business
Linux
Maricelle Thomas 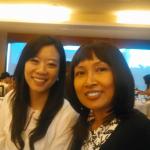 Maricelle Thomas has a MBA with a background in Engineering and IT. She started out as an Industrial Engineer and later moved into supporting and implementing ERP systems and Web Applications. A strong interest in the Arts and Creative fields led to her current gig as a Tech Blogger.
More about me