Getting started with Project Atomic 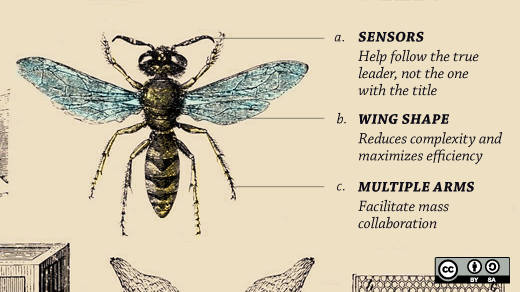 Last time on My Open Source Life, I selected an open source project to start working with, mainly on the documentation side of the project. That project is Project Atomic, a minimal host for managing and running clusters of containers.

I had some concerns about learning Middleman and HAML, but there was a solid 'fork-and-go' contribution mindset. I started lurking in the -devel list and the IRC channels to start, and picked a single piece of content that I thought could use an update. I got in touch with one of the project folks on IRC and asked about the best way to go about creating and submitting my first change.

The first thing I worked on was changing the Building Images document. The existing doc was solid, but referenced Docker images that weren't generally accessible or were older. Mainly, general clean up with an eye to making the command line call-outs correct. These were the initial fixes I needed to make and understand when getting my first Atomic host up, so I wanted to make sure it worked for other people trying to follow the directions.

I also got hands on with Docker and looked at some different practices for building Dockerfiles. In a neat use of Docker, the site source is delivered with a Dockerfile that runs the Middleman software locally so you can see the actual rendered Markdown without having to build a whole Middleman tool chain. Which is great for me because I wasn't looking forward to setting up a local development Middleman environment from scratch. Some things had changed since that Dockerfile was written, so I updated that as well. The docs and blogs are all written in Markdown, so there's not been a need for me to really look at Middleman or HAML yet. I'm not working on look and feel after all.

After that pull request—and some editing, and a blog post—the updates slowed. Why? The project is very active and underwent some decent changes as I was joining. The baseline host replaced gearD with Kubernetes and added flannel. Kubernetes is a project out of Google to manage Docker containers in a very different way than gearD. Flannel, an overlay networking system for Docker, was added in conjunction with Kubernetes. This change has meant quite a bit to conceptualizing running a cluster of Atomic hosts. So, I've been waiting until these changes were implemented before working on the new ideas for operating Atomic hosts for the getting started guide.

What does that mean for my participation? I found other things to work on! You can find me in the IRC channel or on the askbot page answering what questions I can. I've also been talking about an operational model for the latest stable configuration and how that will work with the new site and Getting Started documentation. There's been some discussion on the list around adding some non-code tracking, for things like the Atomic Host Definition, issue tracking for top level changes, roll ups for milestones, and a few other operational issues. I'm still working on a new getting started guide and updating some existing docs, but we should be getting things rolling again around documentation now that the baseline has stabilized again.

What to read next
Tags
Getting started
Matt Micene 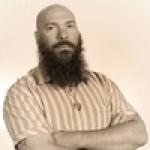