Why is it that tech companies can't seem to find talented people who aren't white males?

It's the biggest question being asked by those interested in seeing more under-represented people find work in the tech industry. There doesn't seem to be an agreement, but I have an hypothesis that I want to share with you.

It's all about reputation and connections. It's a "social graph" problem, and I think it can be solved in the recruiting stage by actively helping people build their technical reputation and relationships.

Many recruiters have a tendency to look for the known and familiar when a position opens up, and that means they tend to hire people who look and act like people already in the company. It's natural for recruiters to ask current employees for recommendations or dig into their trusted pool of candidates, and that's where the problem stems from. Recruiters now face a dilemma: having to take the "risk" that is inherent to unfamiliarity or lacking diversity in their talent pools.

It's also a problem that has to do with individual insecurities. Sometimes people are told that they are not good enough to get a job at a big, well-known companies. They refrain from applying because all their lives they've been told that kind of nonsense, and the environment, biased as it is, only seems to reinforce that notion.

So, how do we help people build their technical reputation and make it easier for recruiters to find them?

The answer lies somewhere in open source software development, but it's not what you might think. Let me explain.

Is open source the answer?

I think we can all agree that open source is a good way to spread knowledge and empower people in many different ways, but it's also true that competition, natural in a meritocracy, can and often does privilege those who can invest in the competition itself; minorities are being outspent and thus left aside by those who can afford to work, basically, for free.

The unpaid jobs that people often have to take to be someone in an open source community are coding and researching (often in a highly specialized field) or performing other equally important tasks for the community like bug triaging, tech support, community management, etc. To say that not everyone can afford to work for free is true, but viewing the problem as "only those who are privileged are capable of affording it" is lazy and an understatement.

The kind of open source development I am talking about has, besides the other liberties that make it open, two characteristics:

To achieve this, there needs to exist an entity that actively promotes and reaches out to under-represented people in tech, makes their talents grow, and also acts as a liaison between them and recruiters. This makes the recruiters' jobs easier, as this entity would be the trusted third party that I think is lacking for under-represented people. In other cases, that third party is the open source community itself.

By reaching out to under-represented people, we help them grow their technical reputation by enabling them to contribute to OSS projects and collaborate with organizations that need tech skills in their workflow. This establishes a trusted channel between them and recruiters so it becomes easier for them to find the candidates they are looking for and follow through with the process from start to finish. Thus, I think it's possible to solve this problem in the next five years.

Previous efforts of this kind do exist, but they focus on the individual's capacity-building side of things. While they definitely make a very much appreciated effort, there still exists the need to reach out to the tech industry in a more active and engaging way and to include new key players and employers (NGOs, newspapers, and government entities).

The timing is perfect for this kind of organizations to develop, and hopefully when we solve this problem in tech it will become easier for other industries to follow.

What to read next
Tags
Diversity and inclusion
Paola Villarreal 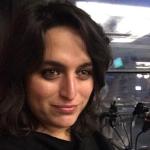 Paola Villarreal is a self taught systems programmer with 15 years of experience that has worked with governments, NGOs and companies promoting openness as a way of doing things. She currently is a Ford-Mozilla Open Web Fellow working with the American Civil Liberties Union of Massachusetts on topics related to civil rights and technology.
More about me