Hello, open gaming fans! In this week's edition, we take a look at Alienware's YouTube playlist showing gameplay on the new Steam Machine, AMD working on a Linux graphics driver, new games for Linux, the pick of the week, and more.

Alienware has released a new YouTube playlist showing gameplay on their SteamOS-powered Steam Machine, including the use of the Steam Controller. You can see Victor Vran running in the video below.

Chris Hoffman writes for PCWorld about AMD developing what they call a unified Linux driver strategy, named AMDGPU, which should eventually result in better open source drivers for all. It will only support the latest graphics processing units (GPUs).

Pick of the week: OpenGameArts.Org

This week, I want to highlight the active community of artists at OpenGameArt.Org. You can find a wide range of game art on the site, from 2D and 3D, to textures. "The purpose of this site is to provide a solid variety of high quality, freely licensed art, so that free/open source game developers can use it in their games." All art is licensed under Creative Commons, GPL, or LGPL licenses.

Linux Game News covers the release of Middle-earth: Shadow of Mordor as the best AAA Linux port so far. Its now available for Linux through Steam. As Linux Game News describes this release:

"This port for Shadow of Mordor truly set a new standard for other AAA titles looking to make their way to Linux and SteamOS. In fact if there is any one game the represents what gaming will look like for the upcoming Steam Machines, well, now we have it." 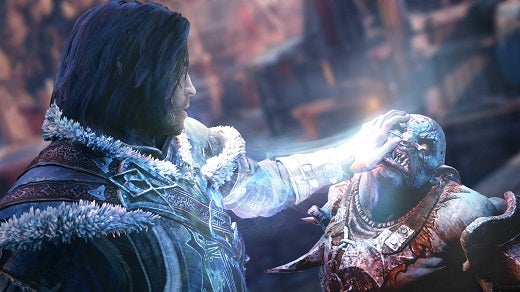 The Masterplan released for Linux

The Masterplan, a squad based heist game by Shark Punch, has been released for Linux on Steam. System requirements are low, so anyone should be able to play this game.

"Tactical squad-based heist game set in 1970s. The 2D top-down view gives you a great overview of what's happening at any given moment, allowing you to be a real criminal mastermind. Can you pull off the greatest heist in the history of mankind?"

Seth Kenlon on 09 Aug 2015 Permalink
AMD seems to keep themselves in a perpetual state of "working on Linux improvements..." and yet never seem to actually reach any significant progress. The fact is, Linux users can use any given Intel or Nvidia card with confidence, but it's still a gamble to try an AMD card. AMD makes great CPUs, but their GPU Linux and Unix support is sorely lacking.

Well, since AMD took over ATI the support for the open source Linux drivers has improved a lot. However, this generally just means that AMD cards a few years old work pretty well (like the one in the machine I'm typing this from). It would be nice if either the open source or the proprietary drivers would work well on new hardware.