Spending summer in an engineer's paradise

As you enter Red Hat's offices, you see big red walls embellished with this quote from Gandhi. It's not every day that you see that at a tech company. It gives you the first hint that Red Hat is more than a company leading innovation at lightning speed in the 21st century. It's a company built on the the fundamental principles of human endeavor, freedom, collaboration, resilience, and persistence.

This summer, I've been working as an intern for a team called "Performance Engineering," and the work we do is (mostly) consistent with that name. We're the first non-developers to try new stuff, push it to the limits, and in the process break stuff—only to report back to developers with bugs and suggestions for new features. What makes the work of our team so versatile and superlative is the fact that, apart from being involved in hardcore number crunching, we find ourselves regularly engaging with cross-functional teams to perform some engineering miracles. We're engaged in dialogue with our partners regarding ways their technologies can take full advantage of Red Hat's technologies, and we're working with consortia to define benchmarks that genuinely represent performance. To sum it up, we're not ordinary players in the performance world. In two words, I would call the team an "engineer's paradise."

This summer I've been working on data plane performance testing in OpenStack using a tool called Shaker. I've been using the tool to come up with performance metrics in different run scenarios, and have been actively raising and resolving bugs. My mentor and I have been able to add functionality to make it possible to use the tool with CentOS virtual machines, and run different performance tests on that. By doing so we were able to compare the performance of different Linux distros.

Developers have even merged my commits to this open source project, and I can truly say that to know your work is out in the world for others to build upon is one of the most satisfying experiences I've had in my life.

Within the first few weeks of my internship, I deployed my first cloud, delved further into the fascinating world of OpenStack, did performance testing, wrote my first "Mojo doc" (Mojo is Red Hat's internal collaboration tool), contributed upstream, found myself chatting with developers from different parts of the world on IRC, wrote my first shell script to display non-uniform memory access (NUMA) node placement details as virtual machines land on compute nodes, and learned more about virtualization and network functions virtualization (NFV).

Attempting to do things no one has ever done before is part and parcel of a Red Hat intern's life, and I'd often be the first to document things for the rest of the world. My mentor and I are currently working on a performance brief about OpenStack data plane performance with Mellanox Connectx-3 Pro network adapters. I also have more interesting work coming up, like testing the performance of a OpenDaylight Plugin versus that of Open vSwitch Plugin in OpenStack.

In short, a Red Hat internship is not about making coffee.

A company of go-getters

Finally, how can I not talk about the culture here at Red Hat? It's a company of go-getters. The level of passion people have for what they do makes this company stand out, because it is ultimately the people who make the company. If there's something that needs to be done, you can rest assured no Red Hatter would ever leave a stone unturned to accomplish a goal. You regularly see people putting in more time and effort than warranted in order to achieve tasks they think are best for the company.

People at Red Hat believe in collaboration and inclusive growth. Associates constantly encourage one another to share opinions and offer feedback without reservation, because Red Hat doesn't hire the best minds in the industry to silence them. People here would go an extra mile to ensure they not only meet their professional goals—but that you do too. I screwed things up many times, and reached out to my mentor for help. He took time to help me, in spite of all the work he had, every single time.

I have learned some very important lessons this summer:

I have only one more piece of advice for folks studying engineering: do things the open source way. Done this way, your work will touch millions of lives. Fifty years from now, I am sure the world will be a better place because of today's open source evangelists. At an intern lunch-and-learn session, Brian Chang said one needs to find a sweet spot between passion and skills in order to have a successful career. Over the past three months at Red Hat, I've found my sweet spot.

What about you? Go ahead and find that sweet spot, because then you win.

Sindhur Malleni - A Red Hat Summer 2015 intern in the Performance Engineering Group. Graduate Student in Computer Science at NC State, with an undergraduate degree in Electronics and Communication Engineering. Believes in all things open-source. ~To shine like the Sun, you must first burn like the Sun~
More about me 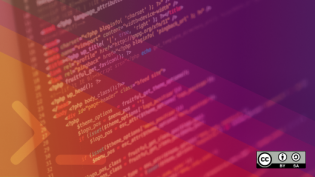 View statistics about your code with Tokei

What is a config file?

FWIW, that quote from Gandhi, may well not be from Gandhi at all. On wikiquote, it's listed as disputed, and CSMonitor recently listed it in a top-10 misquotes article. Both attribute the original quote to Nicholas Klein, in a 1918 address to the Amalgamated Clothing Workers of America, tho there it was slightly different (ridicule for laugh, etc). Apparently that's the earliest written record known at this time. Tho the two men were contemporaries, and it's possible Klein was quoting without attribution something Ghandi had said in an earlier speech that we lack known record of, today.

In any case, as the CSMonitor article points out, it's likely "the best summary of Gandhi's philosophy of satyagraha as you can get in 16 words", regardless of whether Ghandi actually said it or not. So while it may not be his actual quote, it does reflect his strategy of satyagraha, truth force and non-violent resistance.

(Direct links tend to get comments rejected as spam or I'd provide them. But it's easily googled, on google or bing or duckduckgo or whatever your preferred googler may be.)