I have to admit, I was really nervous before starting my internship at Red Hat. My only knowledge of corporate jobs was what I'd learned from movies like National Lampoon’s Christmas Vacation, where the boss repeatedly calls protagonist Clark Griswold by the wrong name, and really doesn’t seem to care what Clark's name actually is. When Clark tries to ask his boss a question, he finds him behind a closed door, sitting in an enormous office at the head of a really long table. He barely gives Clark the time of day. Based on what I'd heard about Red Hat, I figured that was not how my summer would go. Still, I did not know what to expect.

I first heard about Red Hat the summer before I began my internship. I'd just moved to Raleigh from Minnesota. Somebody tried to explain open source to me, but it was a foreign concept and didn't really make any sense.

Throughout the school year, I heard some fascinating things about this mystical company, which somehow made money selling free software. In fact, I could see the Red Hat Tower every day from my sixth-floor dorm room. I was so intrigued by this company that I decided to do some research, which eventually led to my applying for an internship—all without fully understanding what Red Hat really was. When I learned I got the internship, I was thrilled to get inside of this company and finally learn what it was all about.

I was also relieved to learn that Red Hat is not at all like Clark Griswold's employer. When my boss showed me where I'd be sitting for the summer—three cubicles away from him and next to all my other team members—I was confused. I thought my boss would have his own office with a door separating him from the rest of us. I'd envisioned having to knock on the door to his office whenever I had a question.

I quickly learned that Red Hat isn't like that. During one of my internship's first weeks, I stepped in the elevator and saw President and CEO Jim Whitehurst talking on his phone. I was starstruck. "Doesn't he have his own elevator?" I thought. When he hung up, he started talking to me and another associate in the elevator—and that's when I realized what Red Hat is all about.

I learned that my CEO is nothing like ones portrayed in the movies. He's a genuine guy with concern for his associates. The fact that he was having a normal conversation about mobile phone reception with an intern showed me that although he may be higher than me on the organization chart, he's no different than anyone else. That moment taught me that there's more to the open organization than open software.

My team assigned me projects that were not just busy work. Every week, I sat down with my team to show them what I'd done. I was not only showing them what I had learned, but also helping answer their questions about my projects. I expected to be the one learning throughout the summer, but while I was learning I was also helping to educate others. I was an intern contributing not only to my team, but also to the company as a whole.

Unlike Clark Griswold, I got more from my job than a subscription to the Jelly of the Month Club. Throughout my three months at Red Hat, I learned skills that will be useful beyond the workplace. The interactions with my team—even the CEO—have proven that open source is not limited to coding, but that it is also a way of life at Red Hat. I learned that no matter how much less experience or knowledge that I have, I can still contribute to someone else’s learning. I can take the lessons I learned at an open source company into my relationships with professors, friends, and family.

What to read next
Meggie Milbauer 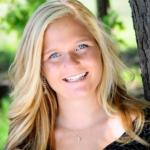 Meggie is a junior at North Carolina State University majoring in Business Administration and Spanish. She has a Support Program Management internship at Red Hat. She is a part of the Sigma Kappa sorority, enjoys running, and exploring North Carolina.
More about me