Early on my dad was very familiar with Linux as a operating system, which is a story in itself. However, this story is more about why he left the Microsoft environment.

Brent Brian, or Mr. B as I may call him, owned his own business, that he started 1981. He was writing code freelance and years later he would build computers. Facing three semesters of college with only enough money for one, Mr. B decided to spend his tuition at Radio Shack, buying his first computer. Wielding a TRS-80 kit that was running TRS-DOS, LS-DOS, or CP/M. He wrote most of his code using Microsoft Basic and Assembler. Later, he expanded into C, Fortran, and Common Business Oriented Language (COBOL).

His business and experience developed, as did his equipment. Next, Mr. B bought a Model 16B. It sported a Motorola 68000, 512K RAM (that’s right, kilobyte), a 15M HD (that’s right, megabyte), two 8" floppy drives, and two serial ports. The 16B was the first computer offered by Radio Shack that was multiuser. It ran a Unix System 7 ported to 16 bit computers, Microsoft Xenix. The installation had 2 VT100 terminals and the system console—a total of three users at once. Software included the Profile 16 database, Scripsit word processor, and Microsoft Multiplan spreadsheet. He was impressed by Xenix’s speed and multi-user abilities.

It was stable, efficient, and very easy to install. Not unlike the IBM Sys 34/36 of the day. Rock solid systems. Never failed. Never needed rebooting. Nothing like the IBM PC’s with their buggy drivers that caused nothing but support issues.

Then in 1988, Mr. B took a job in Gastonia, North Carolina working at textile mill programming. The textile mill was running SCO (Santa Cruz Operation) Xenix on a Compaq 386 with 4M of RAM. The computer was running with 6 users and 3 printers. It was running 365 days without fail and never needing a reboot. It had Uniplex office suite and Business Basic Extended. The SCO Xenix system evolved to SCO Unix and grew to support over 24 users and 8 printers on a Pentium 120Mhz with 16M RAM.

When Windows 95 was released, Mr. B became a registered Microsoft OEM. His small company shipped over 300 systems within a year. Windows was a wonder of flexibility, however with the flexibility came stability issues.

Blue screens of death, lockups, and device failures were all too common. A large amount of time had to be spent to make sure that venders produced high quality drivers to match their high quality hardware. Margins were thin, getting systems returned was not a profitable option.

Mr. B started looking for options, specifically Unix options. SCO products were too pricey. Mark Williams Company's Coherent was not popular enough and had drawn unwanted attention from AT&T over possible copyright issues, which Wikipedia covers in the development portion. BSD Unix and derivatives also had lawsuit issues, primarily over the copyrights and patents of AT&T. Linux was being talked about in a lot of trade journals, but the prospects of downloading dozens of floppy images over dial-up internet were not good, and the documentation available on the web was terrible.

Then, Mr. B visited the local Best Buy and stumbled on a boxed set of Red Hat Linux 4, with printed, understandable documentation. With it, he resurrected a retired computer system. And, his Linux journey began.

It was a rocky start at first, because my mother, sister, and I were accustomed to Windows 95. The unpolished Linux didn’t get much hope when he showed it to us. The drivers were hard to come by, and a lot of hardware manufacturers were afraid to incur the wrath of Microsoft by supporting Linux. The business demand for Linux was non existent. My dad upgraded a system at the office for remote access over dial up, but that is about as far as Linux got. Until...

He got a major upgrade: a new computer, running Windows XP, a printer and scanner combo, QuickBooks, and OCR (Optical Character Recognition) software.

Then, the registry was corrupted within weeks, and the system was down. After blaming the kids for infecting the machine, he took the necessary precautions by adding Malware, and replacing Outlook with Eudora email. However, the problem persisted, the registry was corrupted again. The system was reloaded again. Finally, a call to Microsoft Support was made and they demanded $69 to answer the phone. After paying the support costs, they said the problem had been reported and fixed in SP1, which would be available in 6 months or so.

Mr. B considered going back to an older Windows version or buying another machine that didn’t have the problem. During that time, we had just moved to Raleigh, because he got a new job. So, when a co-worker offered another solution, to run Windows XP on Linux in a virtual machine, he took it.

The trial version of VMWare he loaded was a success. Windows actually seemed to be running faster in a virtual machine, it was more stable, and above all, there was no more registry corruption.

Since that glorious day, my dad has been running Linux operating systems. Right now he is running Fedora 22 and told me he likes it, so I am hoping to upgrade to it soon as well. I might even take a stab at doing the upload myself (another post?). For Mr. B, his home business is still running, and nowadays he’s doing a lot of volunteer work teaching other people how to make the switch to Linux, or salvaging virus-infected machines that people have given up on.

Particularly, he likes running Linux Mint on these salvaged machines, and giving them to people who can't afford a new computer. 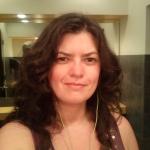 Lee A Brian has grown up using Open Source operating systems, since she was about ten years old. She loves using GIMP to create playful cards to friends and family or even generate animated images. She hopes to one day master Blender in order to make a motion picture and have a rendering farm entirely made of Raspberry Pi.
More about me