How to make your social media posts open first

Those posts and images are part of your identity yet they are "lost" in a sense when posted to platforms that aren't open. That's where the IndieWeb comes in; it's based around the idea that you have a personal domain and web space where you post everything first, then you can copy it to third party services, like Twitter.

The phrase that has been coined to describe it is: Publish (on your) Own Site, Syndicate Elsewhere, or POSSE.

Instead of having a tangled knot of application permissions to work through, on the indie web you control the permanence of your links even if the content silo removes them. And, you can send update notifications, so third-party sites know when something changes. The IndieWeb relies on the pre-existing bones of the Internet, which is HTML. Specifically, it uses one of the most common modifiers, the class tag. The markup is called microformats, and it is used by adding classes as designated in the schema. For example:

While this could be handled with IndieWeb-specific blog software, like Ghost or CMS add-ons, my site is statically generated by Middleman from .md files. Generally this means adding a top level class and hoping the format can be automagically parsed.

Luckily for us, Brennan Novak, Barnaby Walters, and others put together IndieWebify.me at the 2013 IndieWebCamps in Brighton and Reykjavik.  This is a guide to getting started with the IndieWeb walks you through buying a domain name and federating your posts amongst other IndieWeb-enabled sites. Following that, everything can be found by exploring the wiki. I recommend starting with the FAQ. And be sure to check out IndieMark if you want to dive head-first into the IndieWeb.

Background on the IndieWeb

As with many web projects, if we want a history lesson, turn to the wiki. The term IndieWeb was coined in 2010 by Aaron Parecki and Tantek Çelik. After attending the Federated Social Web Summit in Portland, Oregan they were inspired to launch IndieWeb, which is focused on three ideals:

A project page for IndieWeb technologies was launched in July 2014 by the W3C Social Web Working Group. In June of 2016, I attended the very first IndieWeb Summit, held in Portland. It spanned two days, one of presentation, and  the other an un-conference, both with an afternoon of productivity. While my trip was not a great technological success due to hardware failure, I was able to work on the architecture and design of my site, and participate in planning the schema. 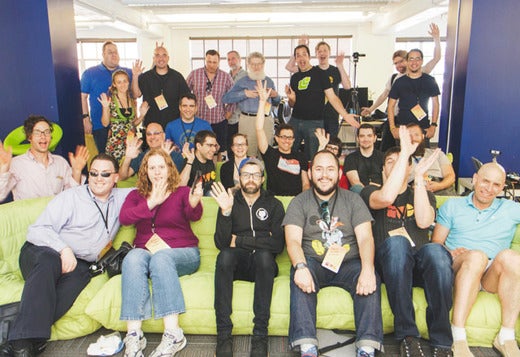 We live in a great time when projects like these can travel from inception to being supported by the W3C. The IndieWeb is a place where you are in the drivers seat, all profiles originate from one space, and free/libre/open values are respected.

I have been wanting something like this for as long as I can remember and I'll bet more than a few of you feel the same. So get the portfolio that has been relegated to the bottom of your projects bin. Dust it off, and consider how IndieWeb can change your avatar.

My excitement stems from creating a single source of truth, for content and identity! What about yours?

Salt - <em>/?/ Kilted Globetrotter, Free/Libre/Open Advocate, and Lifelong Hacker /?/</em> Wm <strong>Salt</strong> Hale is a Seattle local who studies Technology and Society at the University of Washington (UW) Department of Communication and is the Community Director at Snowdrift.coop. He attends, organizes, and speaks worldwide at: conferences, conventions, events, festivals, and faires; on various topics including: communication, crowdmatching, internet technologies, linux...
More about me

Amazingly, this is the first I'd heard of this. I'm scrambling to climb on board as of.......now!