An open source fix leads to a new career in IT

Once upon a time, I was a music production and engineering student at the Berklee College of Music in Boston. I was always a nerd, though, and ended up with a summer job installing CAD (computer assisted design) systems for the Pennsylvania Department of Transportation.

When I graduated from Berklee, the plan was to wait six months to build up savings and then move to Los Angeles with the rest of my band. Between bands and plans, that didn't quite work out.

I had wound up back at the contractor I worked at for my summer job, this time as phone support for field technicians. I noticed that we were repeating procedures—the list said "if this, then that," and dang it, that's what you did. But there was no consideration of the fact that we may have sent a different technician to the same location last week to try the same list to "fix" the same symptoms. Being a demure and shy person (snort!), I politely pointed out how stupid this was. Eventually, I was told to "Do something to fix it, or just shut up about it."

So... enter open source. At this point, I had a challenge, no budget, and (literally) a pallet of Pentium II desktops to run it on. I wired up the desktops (still on the pallet, no less), bluffed the warehouse into giving me an off-duty router, and bought Teach yourself PHP and MySQL in 24 hours.

My second script ever (after "Hello, world!", of course) eventually logged in to the mail server, downloaded all the summary emails that Bob sent out weekly, parsed them into a database, and put together a history search tool so we could stop doing the same thing over and over in hopes that it would work differently.

One thing led to another—the project manager of that particular contract suddenly had a huge drop in callbacks, so others started poking around for my time. The manager of tech support wound up rerouting the phone system so I'd get credit for the calls, but he actually took them so I could keep working on the new tools.

At one point, I was doing round-robin DNS to load balance the PII systems, simply because of their pathetic fail rate. I think I had more nodes in the cluster than users, just in case.

Six months later, the company hired me as a full-time programmer and I haven't looked back. I developed new tools for the support team, for the warehouse to do paperless inventory, and for the dispatchers to find the nearest qualified field tech. The systems I was designing eventually became important enough that I got a budget for big-boy computers. I had to fight the good fight to stay with Linux once the IT department noticed me, but I won out in the end. It was typical for the early 2000s—a Windows-only IT department faced with some young whippersnapper pushing open source.

There was begrudging acceptance from the IT department that some of the things I converted to Linux could and should stay that way, though. To my knowledge they never converted any systems outside of my control, but all servers within my clutches were permitted to continue running Linux—even new development.

Basically, the IT guys were acknowledging that the software side of things wasn't really their turf and let me set up the systems the way I wanted, on Linux.

Today at InterWorx, I write software for Linux for web hosting companies. I got my RHCSA last year, and I'm currently studying for the RHCE. I'd love to say that I got into open source and Linux for philosophical reasons, but to be honest it was just because it let me get stuff done. If it wasn't for Linux and other open source software, I never would have been able to fix that problem all those years ago. With that one opportunity (and a lot of work!), I was able to start a path to a whole new career. 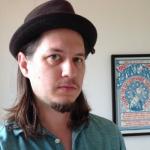 Tim is a RHCSA certified software architect at Interworx.
More about me