The revenge of Linux 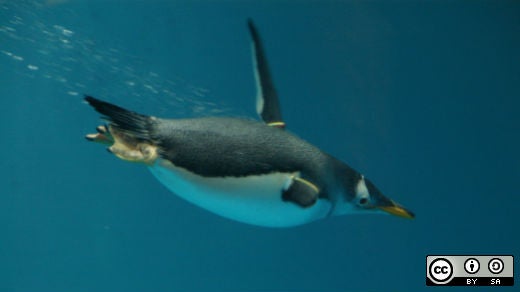 In the beginning of Linux they laughed at it and didn't think it could do anything. Now Linux is everywhere!

I was a junior at college studying Computer Engineering in Brazil, and working at the same time in a global auditing and consulting company as a sysadmin. The company decided to implement some enterprise resource planning (ERP) software with an Oracle database. I got training in Digital UNIX OS (DEC Alpha), and it blew my mind.

The UNIX system was very powerful and gave us absolute control of the machine: storage systems, networking, applications, and everything.

I started writing lots of scripts in ksh and Bash to automate backup, file transfer, extract, transform, load (ETL) operations, automate DBA routines, and created many other services that came up from different projects. Moreover, doing database and operating system tuning gave me a good understanding of how to get the best from a server. At that time, I used Windows 95 on my PC, and I would have loved to have Digital UNIX in my PC box, or even Solaris or HP-UX, but those UNIX systems were made to run on specific hardware. I read all the documentation that came with the systems, looked for additional books to get more information, and tested crazy ideas in our development environment.

Later in college, I heard about Linux from my colleagues. I downloaded it back in the time of dialup internet, and I was very excited. The idea of having my standard PC with a UNIX-like system was amazing!

As Linux is made to run in any general PC hardware, unlike UNIX systems, at the beginning it was really hard to get it working. Linux was just for sysadmins and geeks. I even made adjustments in drivers using C language to get it running. My previous experience with UNIX made me feel at home when I was compiling the Linux kernel, troubleshooting, and so on. It was very challenging for Linux to work with any unexpected hardware setups, as opposed to closed systems that fit just some specific hardware.

I have been seeing Linux get space in datacenters. Some adventurous sysadmins start boxes to help in everyday tasks for monitoring and managing the infrastructure, and then Linux gets more space as DNS and DHCP servers, printer management, and file servers. There used to be lots of FUD (fear, uncertainty and doubt) and criticism about Linux for the enterprise: Who is the owner of it? Who supports it? Are there applications for it?

But nowadays it seems the revenge of Linux is everywhere! From developer's PCs to huge enterprise servers; we can find it in smart phones, watches, and in the Internet of Things (IoT) devices such as Raspberry Pi. Even Mac OS X has a kind of prompt with commands we are used to. Microsoft is making its own distribution, runs it at Azure, and then... Windows 10 is going to get Bash on it.

The interesting thing is that the IT market creates and quickly replaces new technologies, but the knowledge we got with old systems such as Digital UNIX, HP-UX, and Solaris is still useful and relevant with Linux, for business and just for fun. Now we can get absolute control of our systems, and use it at its maximum capabilities. Moreover Linux has an enthusiastic community!

I really recommend that youngsters looking for a career in computing learn Linux. It does not matter what your branch in IT is. If you learn deeply how a standard home PC works, you can get in front of any big box talking basically the same language. With Linux you learn fundamental computing, and build skills that work anywhere in IT. 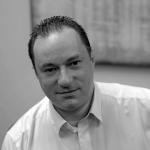