In The Open Organization, Red Hat CEO Jim Whitehurst presents a compelling, modern alternative to the traditional, top-down hierarchy of business organization. I had the pleasure of interviewing Whitehurst for TechCrunch.com in early 2012, and the seeds of many of the ideas in the book were clearly present even then. Reading The Open Organization felt, in some ways, like the conclusion to that interview.

Whitehurst advocates for a participative organization, one born from the open source software movement, which values ability more than title. Throughout the book Whitehurst shares personal examples of his own transformation from a traditional leader to an open one. The stories are sometimes embarrassing, but his honesty and frankness are a key part of what defines a successful leader in an open organization.

Even better, to my mind, are the examples that Whitehurst shares of other companies and leaders on the cutting edge of the open organization model. It's one thing to read a personal account of one company's efforts, but to see that company in the context of a larger movement to redefine the structure of success in the business world is truly eye opening.

I've been using and contributing to open source software for more than a decade, so much of what Whitehurst shares feels self-evident to me. Of course, collaborative decision making is difficult and messy, but the results are almost always better than they would be if one person made decisions alone. Despite my own belief in the power of openness, I had yet to see a thorough examination of the business value (versus the community value) of such an approach.

Yet despite my familiarity with open source and my firsthand history with many of the ideas in this book, I found The Open Organization to be a compelling read. The tone is conversational and easy to read. Examples are plentiful and thought provoking. The scope of the book is appropriate for C-level executives, middle managers, and even individual contributors. And the message is clear: an open organization works better when all members participate fully.

One of the things I liked best about the book are the numerous—yet practical—calls to action. Each chapter closes with "Jim's Leadership Tips," which is a simple list of questions and suggestions to try within your own organization. These are not sweeping pronouncements, nor are they particularly challenging. They are suggestions for things you can try right now, today, to start building success with an open organization. The scope of these suggestions is almost always small, allowing you to try them out one at a time, either with an individual or small team.

Whitehurst does not shy away from the reality that an open organization is hard work. It takes a real commitment from leadership to pursue the model that Whitehurst proposes. He reiterates this fact several times through each chapter. But evidence—from within Red Hat, as well as from other organizations cited in the book—indicates that the results can be nothing short of amazing.

What to read next
Tags
The Open Organization
Scott Merrill 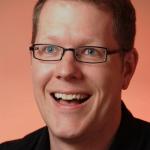 I am an advocate for Free Software. Find out more about me.
More about me