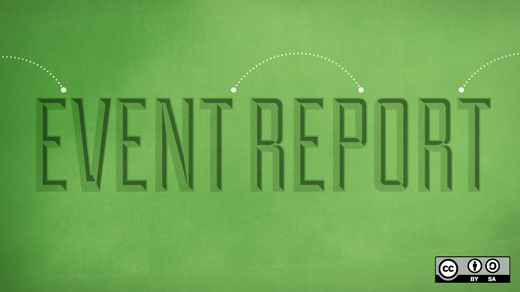 Midway through a day packed with events celebrating the launch of his new book, The Open Organization, Jim Whitehurst was unflagging. More than 450 business leaders, industry veterans, and open source devotees gathered in a virtual conference room on June 2, 2015, to hear the Red Hat CEO discuss the future of management in a fast-changing economy.

Their questions cascaded down screens as he chatted with Melinda Merino, senior editor at Harvard Business Press, the book's publisher. One stood out.

"Did you use an open source application to write your book?" one listener asked.

And Whitehurst lit up. He'd been expecting this one.

"We did!" he said. "We used LibreOffice," a popular open source word processing program.

"And," he added, hunching excitedly over his microphone, "I have an interesting story about that."

The open organization in action

Like nearly everything at Red Hat, The Open Organization is a product of ongoing collaborative effort, an amalgamation of stories and insights gleaned from the company's associates. The book distills management lessons Whitehurst has learned since joining Red Hat about seven years ago. It describes the ways organizational leaders can leverage open source principles—like collaboration, meritocracy, and transparency—to prepare their organizations for the 21st century.

"I've had an opportunity to learn firsthand that there's a different way—I would argue a superior way—to lead," Whitehurst said. "This book is about what I've learned."

And like a true piece of open source software, the book was open to review and critique as it morphed into the hardback it is today.

Early reviewers would type their comments and suggestions directly onto the book manuscript using LibreOffice's "comment" feature, which lets readers add marginalia to a document. But when Whitehurst tried to print and review these comments, they weren't where he expected them to be. They fell at the bottom of the page; Whitehurst wanted them to run along the book's outter margins, just like they were on screen.

So he and a colleague did what Red Hat encourages everyone else to do: reached out to open source developers and shared their idea for an enhancement. In just a few weeks, Red Hat developer Caolán McNamara implemented the idea into the latest version of LibreOffice.

"We actually got that feature added to LibreOffice," Whitehurst said. "One day, I just did an update on my Fedora system and there it was."

Whitehurst wasn't the only person to benefit from the change. ZDNet celebrated it as "a real step forward" for all LibreOffice users.

Perhaps the story is important to Whitehurst because it encapsulates so many of the lessons he hopes to convey in The Open Organization. Predicated on the idea that open source projects serve as models for successful organizations, the book aims to teach managers and other leaders how they can engage a workforce about which traditional management theory has increasingly little to say.

"The world and the context we operate in today is so different from the world we operated in when traditional management practices were created," Whitehurst said.

Just as the open source LibreOffice project offered Whitehurst's team the ability to solve a problem directly affecting it, so too do open organizations work to ensure that employees have been equipped with the knowledge and ability to tackle the issues they feel are most pressing. They "push decision-making authority 'down' [a hierarchy] as much as possible," Whitehurst said, because "bureaucracy stifles innovation."

Those hierarchies are meritocracies, Whitehurst explained, not democracies. In open organizations, influence isn't evenly distributed. As is the case in open source projects, power and authority accrue to those with a history of making sound, effective contributions to a project.

"Frankly, some people are heard more than others," Whitehurst said. "That's based on reputation."

People forge their reputations out of constant dialogue and debate, Whitehurst told listeners. In open organizations, conversation is the primary mechanism for separating the wheat from the chaff—even though that conversation can often be difficult.

"We are not a kumbaya organization," Whitehurst said, laughing. "Classic brainstorming, where you encourage and praise all ideas, is not the best way to make a decision. You need abrasive conversations that allow the best ideas to emerge."

You also need a thick skin, Whitehurst added, and constant attention on ideas—not people—keeps conversations focused and pointed. It's another idea that locates its inspiration in the open source movement.

"You are not your code," Whitehurst said, reciting another well-worn open source addage he thinks works just as well in professional organizations. Putting personal feelings aside and taking criticism seriously is one way to avoid becoming "a terminally nice company."

While conventional companies consider purpose—what Whithurst calls "the why" of work—an afterthought, open organizations frontload it. They recognize that people's need to pursue something that transcends the profit motive is what drives them to do their best work. Leaders of open organizations must become adept at channeling this passion, Whitehurst said. That means giving employees a voice in culture-defining decisions, such as setting the company's mission statement.

"I've heard of corporations that hire a PR agency to craft a mission statement," Whitehurst said. "Those just don't resonate."

Ultimately, Whitehurst told his audience, becoming an open organization is not simply a matter of preference. It's a matter of survival.

"As the economy shifts to being more service-based, companies will have to adopt these principles in order to be effective," Whitehurst said.

That's what a software patch for a word processor and a management book for leaders have in common: They're both requests for upgrades that will improve the ways everyone can continue to work together.

Listen to the conversation via webcast.