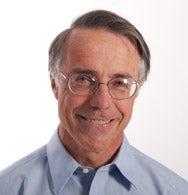 Andy helps CEOs, management teams, and their investors build successful organizations. Regionally, he’s been a pioneer in providing business-minded legal counsel and strategic advice to high-tech companies since 1979. On the global stage, he’s represented, and usually helped launch, more than 135 worldwide standard setting, open source, promotional and advocacy consortia, including some of the largest and most influential standard setting organizations in the world. His clients of both types rely on his experience and vision in making their own business and strategic decisions. Andy writes regularly on open source and open standards issues at the ConsortiumInfo.orgStandards Blog. You can follow him there and on Twitter @Adversego.

The problem with software before standards

Open source projects need to get serious about including standards in their deliverables.

A formula for launching the Red Hats of the future

Last week Peter Levine, former XenXource CEO and current Andreesen Horowitz partner, wrote an article for TechCrunch: Why There Will Never be Another RedHat: The Economics of...

If you read the technology press lately, odds are you already know about the launching of the AllSeen Alliance (a Google News search I just did produced 412 results in a wide...

Governments certainly have more than enough to concern themselves with these days—financial crises, natural disasters and terrorism, to name just a few. Given that’s the case...

According to a press release issued by the Portuguese Open Source Business Association, the government of Portugal has decided to approve a single editable, XML-based document...

Now the that the jury has given Apple almost everything it asked for in its infringement suit against Samsung, what should we expect to happen next? I think it's a given that...

13 books to inform and entertain you during the long, lazy days of summer.

I'm not an Apple user, so I'm not the best person to comment on their innovations directly. One distinction to note immediately, though, is that there are two types of patents involved in this litigation, one of which is "design" patents, which have a much lower threshold of novelty and differentiation from prior art (and also give narrower protection as well). So in fact, there are two separate definitions and tests for innovation in this particular law suit. The rectangular shape of the device is the most obvious (some would say notorious).

Gary,
Indeed, there is a great deal of interconnectedness in the marketplace, and the person on top and be in the opposite position tomorrow. Apple is probably more immune than most, though, given its "go it alone" approach to design, marketing, operating system, chip designs, and so on. Where it does have to share technology with others, it's in the case of standards - although even there, Apple almost never participates in the development of new standards.

That said, there are just so many patents out there these days, it's virtually impossible to build anything anywhere in ICT without running the risk of being sued by someone, even if you developed the same technology independently.