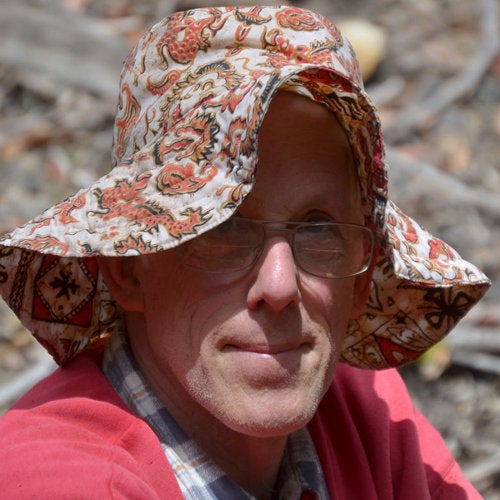 Bob is a "retired" scientist, still active in zoological research. He audits data for a scientific journal publisher and has published coding tutorials on the Linux Rain blog.

How to clean up your data in the command line

Command-line auditing cannot affect the database, because it works with data liberated from its database prison.

I turn 70 on my next birthday, and it's well known that people my age aren't computerate, at least here in Australia.We have to be taught about email and web browsers and…

Bob Mesibov
Why I code and don't get paid for it

Try replacing tech in your comment with 'music' or 'art' or 'mathematics' or 'science' or 'woodwork':

And so on. Not much left in the curriculum, is there?

Bob Mesibov
Why I code and don't get paid for it

I couldn't agree more with everything you've said, but there are some serious barriers to break through. Here are three I've found in Australia:

1) IT policies within schools, government agencies and enterprises are often set without constructive help from IT departments. Within those departments there's usually understanding of and support for FOSS (and sometimes there's behind-the-scenes use of FOSS). But the managers and accounts people who make IT policy decisions don't listen to their IT people, and treat them like blue-collar mechanics. Exclusive multi-year contracts get signed with Microsoft or with IT consultancies that push Microsoft products and services, because that's more 'business-like'.

2) Curriculum planners and teachers think, write and talk at abstraction levels way above those needed to teach effectively. If you say 'This software does exactly the same job as this other software and doesn't cost anything', that's just too simple an idea. You'd need to wrap it in the impenetrable jargon that used to be called 'educationese'.

(And if you point out that half the high-school student body is streets ahead of the teaching staff in tech awareness and use, and that a quarter of the students have *already* dabbled with code in building websites or hacking for fun, you'll see worried faces and hear 'We have a responsibility not to turn out hackers [sic]'.)

3) There's a widespread belief that coding is strictly utilitarian. It's seen as just a means to some boring end like producing a new game that will earn millions for a game company. Coding is a niche skill in this view. Of course, we've now had sixty years of computers and other digital devices quietly taking on jobs that couldn't have been imagined when I was born, but why let facts get in the way of a prejudice?