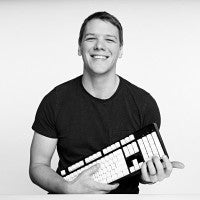 Dan Fulton is a Scientific Data Architect in the NERSC Data & Analytics Services team at Berkeley National Lab, where he works on computational container infrastructure as well as kubernetes-as-a-service for NERSC users.

After earning his PhD in computational plasma physics, in 2015, from the University of California, Irvine, he continued his plasma computation research as a scientist at Tri Alpha Energy (now TAE Technologies). In 2018, Dan made a leap to the Future innovation team at Adidas, where he developed software tools to aid in the engineering and design of 3D printed footwear components. He also introduced and deployed JupyterHub to Adidas Future. In 2021, Dan joined NERSC in his current role, with an ambition to bring lessons from private sector innovation back to benefit the scientific research community.

Learn how Podman is being modified to run at a large scale for high-performance computing (HPC).