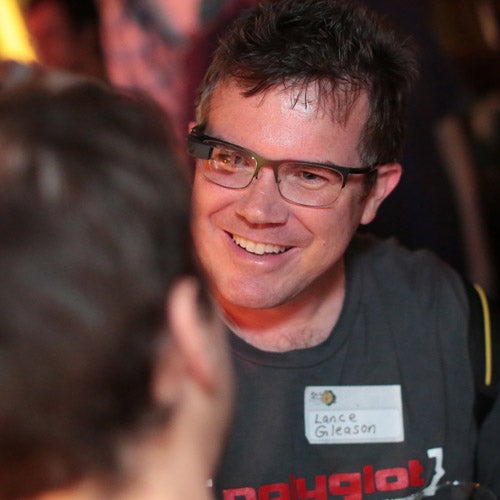 Lance has been a computer nut ever since his dad bought him a computer when he was a kid. After getting a BS and MS in Computer Science, he worked on a number of large projects as a Java developer and architect for companies like Kodak, CNN, and GE. These days he is the CEO and founder of Polyglot Programming LLC. which focuses on Mobile and wearable software development.

Lance regularly speaks about mobile/IOT/wearable development at conferences around the world and is the co-organizer of the Atlanta Sensors and Startups Meetup, Atlanta Google Developer Group, Atlanta GDG Dev Fest and Rubyfuza (the only Ruby conference in Africa). He is known to practice interspecies pair (purr) programming with his orange tabby, Allie, and when he’s not writing code, you will find him diving with sharks, trekking through Chernobyl, sampling wine, cheering on the Springboks or perfecting his biltong recipe.

Want to develop wearable or very compact applications, networked applications, Internet of Things (IoT) devices, and prototype your brainstorms quickly and inexpensively? Then...