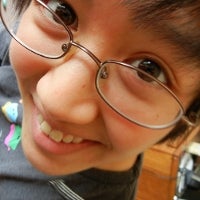 Mel Chua is a contagiously enthusiastic hacker, writer, and educator with over a decade of teaching and curriculum development experience and a solid track record in leadership positions at Red Hat, One Laptop Per Child, Sugar Labs, Fedora, and other Free, Libre, and Open Source Software (FLOSS) communities. A graduate student at Purdue University, Mel bridges academic research on successful communities with deep personal experience getting her hands dirty building them.
These days, Mel spends most of her time with on open source in education, teaching professors how to teach open source and otherwise working to push patches of successful open source cultural habits around learning and teaching "upstream" to classrooms in academia. In her hypothetically existent amounts of free time, she collects quirky textbooks, works on undergraduate engineering education reform, and plays piano, occasionally at the same time.

Getting started in an unfamiliar open source project seems intimidating because it is intimidating; plunging into the unknown usually is. Navigating new territory is a lot...

How to do open research: 5 basic principles

Some folks at UNICEF asked me to help them articulate a process for how to make their research projects (usually “is this program we want to do a feasible one?” or “what was...

"Imagine if programming required a special computer that couldn't connect to the internet or run games or do anything else except write computer software, and that it sold for...

IEEE Spectrum, the flagship publication for the Institute of Electrical and Electronics Engineers, recently carried an article on the history of the popular open hardware...

Karl Fogel reminded me to check the copyright assignment for the scholarly papers I'm starting to submit on Teaching Open Source (TOS), particularly POSSE. I sat down and did...

Teaching Open Source has a POSSE

Microphone static crackles.Hi, everyone–Mel Chua here, reporting in. I'm recovering from POSSE, the Professors' Open Source Summer Experience, where we just kicked off our our...

Be around passionate people. When I see other people going for the things they love, it inspires me to do the same on the things I love, even if they are completely different. It's almost like being alive gives those around you permission to be alive as well.

Play. Don't worry too much about "finding your calling" or being perfect from the outset. Work hard, but have fun - and someday you'll look up and find you've fallen in love with something without even realizing it.

Mary, I'd recommend Coyle's book "The Talent Code" if you're looking for some good reading on the topic - he talks about creating the conditions for "ignition" (inspiration, passion) and then following up to channel on the red hot blaze of that passion with good, deep learning of fundamentals.

Weirdly enough, "release early release often" is sometimes actively discouraged in schools; any time we skip formative evaluations ("a little bland, try adding more salt") and go straight to summative ones ("your final soup is decent, you get a B"), we encourage students to release as infrequently as possible, and only when they <em>absolutely</em> need to, because zomg, they might get criticism that <em>counts as a final grade</em>. Feedback is bad when you don't get a chance to correct yourself!

Exactly the same thing happens with grant proposals sometimes; faculty will try to keep ideas they're writing up as private as possible, because if early drafts leak out, someone might not like a bug in the initial idea, and even if that bug is found and caught before the final draft is written, the first early (and now irrelevant) "no" is enough to kill the future of the whole project.

How do we flip this mindset? I don't know. I've seen faculty offer that students can resubmit assignments for feedback as many times as they like before the final deadline, and only the last grade gets recorded - though this is grading-intensive for them. What other solutions can you think of?