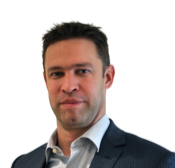 Philippe Humeau graduated in 1999 as IT security engineer from EPITA (Paris, France).

He founded his first company at the same time and quickly oriented it towards penetration testing and high security hosting. He was also deeply involved in Magento’s community creation & animation in France and versed into eCommerce (wrote 4 books on the topic). The company (NBS) was sold in 2016 and Philippe founded CrowdSec in 2019, gathering all his experience to create a new Open-source security engine, based on both Reputation & Behavior to tackle the mass scale hacking problem. He is the CEO of the company.

LP or investor in several different companies, his crush is and will forever be IT security, SecOps and entrepreneurship.

The CrowdSec bouncer is designed to be included in any PHP application to help block attackers.

Help safeguard your Linux server from attack with this REST API

Configuration changes to CrowdSec stopped a 7,000-machine botnet in less than a minute.