4 ways to open up your project's infrastructure

Learn how to build a supporting infrastructure that invites people to contribute.

Open source isn't just about opening up your code—it's also about building a supporting infrastructure that invites people to contribute. In order to create a vibrant, growing, and exciting project, the community needs to be able to participate in the governance, the documentation, the code, and the actual structures that keep the project alive. If the overall "hive" is doing well, it attracts more individuals with diverse skills to the project.

Although many projects strive for "open everything," infrastructure is often closed to contribution. Usually, only a few people run the infrastructure and keep the lights on. They're sometimes unable to recruit help because, well, you can't really give the keys to the kingdom to everyone. A certain level of trust is needed before granting a contributor access to project infrastructure.

Over the last few years, infrastructure tools like Ansible, Chef, and Puppet have become widely adopted. It's now possible to open source project infrastructure as code, with the same levels of access as any other contributor. This makes the process visible to contributors and enables the community to scale. You're no longer tied to the problem of only a limited amount of high-level contributors who have access.

In keeping with this, here are a few things that we've learned while working on Gluster:

When you try to open up your infrastructure, you will run into problems. Here are some of the problems we came across and how to solve them.

The most important thing we'll leave you with is that it's not just important to open the infrastructure, but also the documentation and process around it so everyone can contribute.

What to read next
Tags
Community management
Nigel Babu 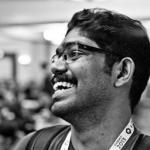 Nigel is the Gluster CI architect working out of India. He loves open source as it enables him to contribute to an ever-growing intellectual pool of knowledge. He's a Mozilla contributor and when he isn't working he likes to cook or run long distances. Nobody is sure if he actually ever sleeps.
More about me 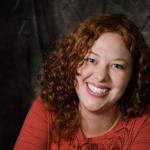