What do you think will be the next open source tech trends? Here are 10 predictions. 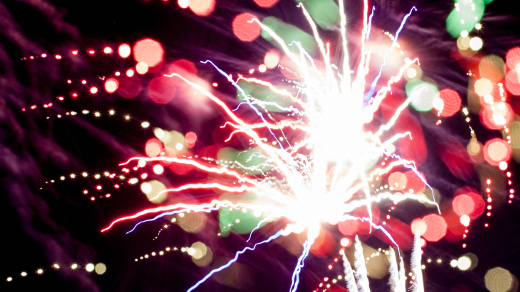 Technology is always evolving. New developments, such as OpenStack, Progressive Web Apps, Rust, R, the cognitive cloud, artificial intelligence (AI), the Internet of Things, and more are putting our usual paradigms on the back burner. Here is a rundown of the top open source trends expected to soar in popularity in 2018.

OpenStack is essentially a cloud operating system that offers admins the ability to provision and control huge compute, storage, and networking resources through an intuitive and user-friendly dashboard.

Many enterprises are using the OpenStack platform to build and manage cloud computing systems. Its popularity rests on its flexible ecosystem, transparency, and speed. It supports mission-critical applications with ease and lower costs compared to alternatives. But, OpenStack's complex structure and its dependency on virtualization, servers, and extensive networking resources has inhibited its adoption by a wider range of enterprises. Using OpenStack also requires a well-oiled machinery of skilled staff and resources.

The OpenStack Foundation is working overtime to fill the voids. Several innovations, either released or on the anvil, would resolve many of its underlying challenges. As complexities decrease, OpenStack will surge in acceptance. The fact that OpenStack is already backed by many big software development and hosting companies, in addition to thousands of individual members, makes it the future of cloud computing.

Traditional websites suffer from many inherent shortcomings. Apps, although offering a more personal and focused engagement than websites, place a huge demand on resources, including needing to be downloaded upfront. PWA delivers the best of both worlds. It delivers an app-like experience to users while being accessible on browsers, indexable on search engines, and responsive to fit any form factor. Like an app, a PWA updates itself to always display the latest real-time information, and, like a website, it is delivered in an ultra-safe HTTPS model. It runs in a standard container and is accessible to anyone who types in the URL, without having to install anything.

PWAs perfectly suit the needs of today's mobile users, who value convenience and personal engagement over everything else. That this technology is set to soar in popularity is a no-brainer.

3. Rust to rule the roost

Most programming languages come with safety vs. control tradeoffs. Rust is an exception. The language co-opts extensive compile-time checking to offer 100% control without compromising safety. The last Pwn2Own competition threw up many serious vulnerabilities in Firefox on account of its underlying C++ language. If Firefox had been written in Rust, many of those errors would have manifested as compile-time bugs and resolved before the product rollout stage.

Rust's unique approach of built-in unit testing has led developers to consider it a viable first-choice open source language. It offers an effective alternative to languages such as C and Python to write secure code without sacrificing expressiveness. Rust has bright days ahead in 2018.

The R programming language, a GNU project, is associated with statistical computing and graphics. It offers a wide array of statistical and graphical techniques and is extensible to boot. It starts where S ends. With the S language already the vehicle of choice for research in statistical methodology, R offers a viable open source route for data manipulation, calculation, and graphical display. An added benefit is R's attention to detail and care for the finer nuances.

The scope of XaaS now extends to bricks-and-mortar businesses, as well. Good examples are companies such as Uber and Lyft leveraging digital technology to offer transportation as a service and Airbnb offering accommodations as a service.

451 Research Report: Containers rise to the challenges of hybrid IT (download now).
Container technology is the approach of packaging pieces of code in a standardized way so they can be "plugged and run" quickly in any environment. Container technology allows enterprises to cut costs and implementation times. While the potential of containers to revolutionize IT infrastructure has been evident for a while, actual container use has remained complex.

Container technology is still evolving, and the complexities associated with the technology decrease with every advancement. The latest developments make containers quite intuitive and as easy as using a smartphone, not to mention tuned for today's needs, where speed and agility can make or break a business.

Machine learning and AI give machines the ability to learn and improve from experience without a programmer explicitly coding the instruction.

These technologies are already well entrenched, with several open source technologies leveraging them for cutting-edge services and applications.

Gartner predicts the scope of machine learning and artificial intelligence will expand in 2018. Several greenfield areas, such as data preparation, integration, algorithm selection, training methodology selection, and model creation are all set for big-time enhancements through the infusion of machine learning.

New open source intelligent solutions are set to change the way people interact with systems and transform the very nature of work.

Blockchain has come a long way from Bitcoin. The technology is already in widespread use in finance, secure voting, authenticating academic credentials, and more. In the coming year, healthcare, manufacturing, supply chain logistics, and government services are among the sectors most likely to embrace blockchain technology.

Blockchain distributes digital information. The information resides on millions of nodes, in shared and reconciled databases. The fact that it's not controlled by any single authority and has no single point of failure makes it very robust, transparent, and incorruptible. It also solves the threat of a middleman manipulating the data. Such inherent strengths account for blockchain's soaring popularity and explain why it is likely to emerge as a mainstream technology in the immediate future.

Cognitive technologies, such as machine learning and artificial intelligence, are increasingly used to reduce complexity and personalize experiences across multiple sectors. One case in point is gamification apps in the financial sector, which offer investors critical investment insights and reduce the complexities of investment models. Digital trust platforms reduce the identity-verification process for financial institutions by about 80%, improving compliance and reducing chances of fraud.

Such cognitive cloud technologies are now moving to the cloud, making it even more potent and powerful. IBM Watson is the most well-known example of the cognitive cloud in action. IBM's UIMA architecture was made open source and is maintained by the Apache Foundation. DARPA's DeepDive project mirrors Watson's machine learning abilities to enhance decision-making capabilities over time by learning from human interactions. OpenCog, another open source platform, allows developers and data scientists to develop artificial intelligence apps and programs.

Considering the high stakes of delivering powerful and customized experiences, these cognitive cloud platforms are set to take center stage over the coming year.

At its core, the Internet of Things (IoT) is the interconnection of devices through embedded sensors or other computing devices that enable the devices (the "things") to send and receive data. IoT is already predicted to be the next big major disruptor of the tech space, but IoT itself is in a continuous state of flux.

One innovation likely to gain widespread acceptance within the IoT space is Autonomous Decentralized Peer-to-Peer Telemetry (ADEPT), which is propelled by IBM and Samsung. It uses a blockchain-type technology to deliver a decentralized network of IoT devices. Freedom from a central control system facilitates autonomous communications between "things" in order to manage software updates, resolve bugs, manage energy, and more.

Digital disruption is the norm in today's tech-centric era. Within the technology space, open source is now pervasive, and in 2018, it will be the driving force behind most of the technology innovations.

Which open source trends and technologies would you add to this list? Let us know in the comments. 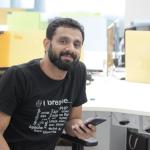 I have been programming since 2000, and professionally since 2007. I currently lead the Open Source team at Fingent as we work on different technology stacks, ranging from the "boring"(read tried and trusted) to the bleeding edge. I like building, tinkering with and breaking things, not necessarily in that order.
More about me