What are the implications of a language falling out of use every two weeks?

There are currently around 7,000 languages being used today, with one language dying every two weeks. UNESCO says that half of the world's languages may vanish in a century's time. And, in my home country of India, 220 languages have died in the last 50 years and 197 languages are endangered.

Open science is advancing scientific research by enabling individuals and organizations to collaborate and exchange knowledge that improves each other’s work. One area that could use this kind of help is native languages around the world.

As a kid, I grew up in the small town in the Indian state of Odisha where at least 30% of the population spoke Santali, a language that the majority of the people, the remaining 70% (including my family), never attempted to learn. The majority of the population spoke Odia. We didn't have to learn Santali because Odia was spoken in school and in the greater professional marketplace.

Language dominance happens, and it's not that this isn't okay, it's that we need to make sure we are preserving the old languages as well so that we don't lose the stories and bits of culture that are inherent in that language. How can we do that? For the Santali language, we were not prepared so it took almost 15 years for the first Unicode-compliant (a global and universal encoding standard) font to be released for it by Google. Then, I led a project to build the second Unicode-compliant and Open Font License (OFL)-licensed font for Santali. (Designed by Indian typographer Pooja Saxena, and the input tools were developed by Jnanaranjan Sahoo and Nasim Ali.)

Languages die out for multiple reasons. Some are:

How the open source way can save these languages:

There is work being done, and more to do. Groundbreaking language preservation initiatives are happening now to preserve native languages in digital forms. Some of the notable ones are:

Considering the rate of language extinction is so high, there is a need for constant intervention. I have personally started a project called OpenSpeaks to build OERs and help citizen archivists create multimedia language documentation. I hope to curate content for a broader audience and use that content to build digital accessibility and other tools that will help native language speakers access knowledge and contribute to the commons. 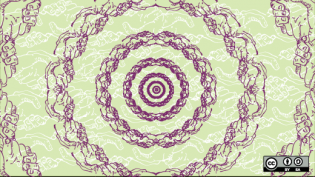 A free, open resource to solve our third world problems 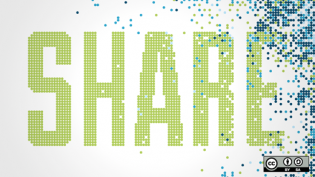 "Should we save them?"

Obviously, and I think except for the headline, there is nothing indicating otherwise. It is definitely not a question whether to, but how to.

Glad you liked it Adam. Yes, the "how to" part certainly need elaboration. The last paragraph does lead to it, but I am going to write one–more posts elaborating how one can document languages using different tools on computers, smartphones and so on. Stay tuned. :)

Subashish, I will go ahead and apologize to you and any other reader of this comment in advance... it's quite a bit longer than I expected when I started writing it :)

...to start things off let me just say that I really like you're article... while I haven't really researched this sort of topic in any significant level of depth, a few articles on this topic have crossed my path from time to time and it has always been something very intriguing to me, yet also quite frustrating...

The key frustration I've had with dying/dead language topics like this is that no one has really addressed what, I personally believe to be, the primary reason this problem has not already been solved.

So please allow me to elaborate on what I believe to be the main reason that this complicated & intricately detailed problem, which greatly benefits from some of the most recent technological benefits, has not already been solved... money

Your 2nd point on why languages die out directly supports the first half of my belief/theory... and the very first sentence your wrote here, aside from educating me on the numerous standards there currently are, actually elaborates more on the second half of my theory.

Open Source is absolutely awesome, but only a true "Unicorn" project can survive if it isn't actually profitable for "someone", and the projects that do survive without that profitablity aspect must a the ones that have truly rare & great idea, still take an extremely long time to be proven.

So my key question to you, and all of your readers, is simply this...If were a VC, and I had to choose between 500 startups to fund, and my criteria was that I would choose 100 of them to give a very small amount to, if and only if they had at 50% chance of returning 250% ROI... how many startups which support the saving of endangered languages would be in that pool of 500, or how many would I have ever even heard the name of before?

There's no good response, at least one that I'm even remotely aware of, for that fairly simple question. I think that is the worst aspect of the problem, there isn't a clear and concise elevator pitch that could possibly instill the confidence in a potential investor that there are easily 3.57 trillion reasons to make that gamble.

Language translation, learning, and/or resurrection of dead languages has been a very challenging and known issue for a very long time...or is that Latin and Egyptian hieroglyphs are more recent/important than I recall off hand?

Have language experts, or companies supporting them, been more profitable than the sum of all projects you mentioned? I have absolutely zero data on that, but I still feel pretty confident making that assumption.

The second half of my theory is the standard problem of too many standards... https://xkcd.com/927/ ... given that I was born and raised speaking English in the US, and given that there is a significant trend towards using English as a standard in certain global efforts, e.g. science/medical fields, I can't be so biased to believe that a VC, who's native language is not English but is still among the top 10 spoken languages in the world (983M English speakers vs 3,570M other languages in top 10, according to Wikipedia), would think it's a worthwhile gamble to invest in a language translation startup which, for speed/simplicity/market share sake would certainly be forced to choose a standard to translate to which only has a 1 in 10 chance of being "right", and also primarily (or at least initially) benefits indigenous/poverty stricken communities. If each of those 3.5+B speakers of non-English languages would simply commit to donating a mere $0.10 per year over the next 10 years, to me personally :), I could very easily guarantee a working solution to translate 75% of those 7,000 languages into all of those top 9 languages within 12-18 months of that first check, if not sooner... and I'm quite sure anyone who actually read through this much of my comment could confidently make that same guarantee!!!

So, to summarize the problem as I see it, in a VC/executive style headline...

I would absolutely love for you to explore how an investment in language based technology would turn me into a trillionaire within the next 20 years!

I absolutely believe that potential exists... well ok maybe not individually, but could easily be the primary investor in, or more importantly the first founder of, a potentially trillion dollar unicorn company... the challenge is simply what is the 1, or even 3-4, "right" standards to pursue...and explain how the overall risk can be minimized, while clearly stating the worst case/best case ROI, and in order to actually believe that potential ROI, there should be a very clear explanation of WHY & WHERE the revenue would actually come from.

Again, I truly applaud the message you're conveying in this post, but I would absolutely love to see someone step up to the challenge of better explaining why this problem hasn't already been solved, and with consideration of the newly available technologies, what potential obstacles still exist, and how a founder could possibly make the pitch to a VC that clearly and concisely explains that, despite having many unknown variables, there is a potential ROI which is unlike anything EVER seen before.

Based on my own experience working in aboriginal contexts, I suggest that your idea that protecting and encouraging an aboriginal culture should be profitable to some external investor would not be found to be generally acceptable.

If you travel to isolated first peoples' communities in northern Canada or southern Chile, you will encounter many community leaders who are dismayed by the "siren call" of pop culture and are working hard to make their traditional ways interesting to the youth of their community. You will also encounter people (and not just young people) who have lost their cultural connection and are suffering for that.

Suggesting that those problems should, or even could, be solved by an external investor figuring out a way to profit from the exploitation of that culture could be a bit of a tough sell.

As to your comment "I would absolutely love to see someone step up to the challenge of better explaining why this problem hasn't already been solved", here are some thoughts for you

Excellent article, Subhasish! Thanks very much for your contributions.