4 open source tools that got my startup off the ground

4 open source tools that got my startup off the ground

Money-tight new business turned to open source software to get started, then stuck with it even after becoming profitable. 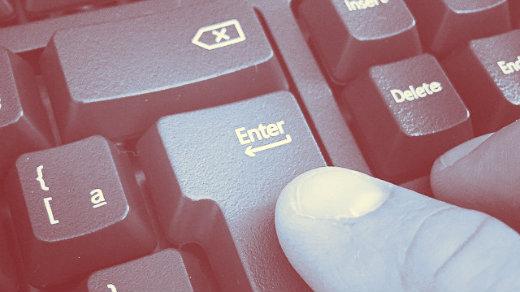 When I started my first company, money was tight. We had a small office and a couple of computers, but not much else. I'd done all my cost planning without even thinking about business licenses and software costs. I know it was a mistake, but it can be easy to treat these sorts of things as an afterthought.

My first startup was a very barebones operation. We had a couple of staff in an empty office with a couple of cheap computers. Because we were running an online business, plush interiors weren't a concern, as I didn't expect to see any customers for a while. I wanted to keep costs low so we could start making money slowly and without too much pressure. But when I realized how much money I was going to have to pay for a few key pieces of software, I wasn't happy.

The reality is software for businesses can be expensive. And it was an expense my startup could have done without, so I started looking for options. When someone suggested I look at open source alternatives, at first I was skeptical. I had barely heard of some of them. Were they legit? Did they have any customer support? And—most of all—were they actually any good? The answer to all these questions ended up being a resounding yes.

Free and open source software helped keep my business' initial costs to a minimum to put me on the road to success. Nowadays, money isn't so tight, and I could afford full licenses of everything I need—but I don't need to spend it. All my businesses use open source software as a free alternative to paid licenses. It's a big savings. Taking the leap at the start was difficult because we're all so conditioned to think we need the recognizable brands. But we honestly don't.

Here are the four alternatives we started using to keep our start-up costs low and why.

One of the best things about LibreOffice is that it's really small and lightweight. This makes it quick and easy to download and install. I was also pleased that I didn't have to sign up for an account and give loads of personal info (like you often have to with other software). Also, you're free to install it on as many machines as you like without running into licensing issues.

There are other open source office suites available, but LibreOffice is the one we chose, and we didn't look back. It offers everything you could want in functionality (spreadsheets, word processors, etc.), and all for free. It also uses standardized file formats, so you don't have compatibility issues with old documents or sharing files with external parties.

While I started out skeptical and thought it would cause problems to change something I'd used for years, it was a seamless transition. The interface is similar to what proprietary software users are accustomed to, and after a couple of weeks, you'll forget it's any different.

When we were thinking about how to organize our emails, we considered webmail. There's obviously tons of choice in this category, and while it was tempting, I knew that I wanted something more robust and with the extra functionality of a standalone email suite.

By this point, we had already made the switch to LibreOffice, and I was fully on the open source bandwagon, so the decision to use Mozilla's Thunderbird was an easier one. Again, it was a great choice. It gave us everything we needed, including smart folders and phishing protection, all for free.

Aside from being free, it's got a ton of useful features that match up well with any paid email suite. These include a one-click address book and multi-channel chat. One feature I particularly found useful was the "attachment reminder." It looks at the content of my email and reminds me to add an attachment where necessary (something I'd forgotten a few times before).

Though we'd paid two open source alternative choices at this stage, adopting TurboCASH was difficult for me. I'd always used QuickBooks for accounting, and I was conditioned to think that I had to have one of the big-name brands for financial management. The thing is, QuickBooks isn't cheap, and I knew I needed to keep business costs as low as possible.

When I started using TurboCASH, I realized how much people are willing to pay for a brand name when they could choose something that does basically the same job for nothing. TurboCASH was a great choice, and, even as my business has grown, it remains my accounting software.

At first, I was getting offers from web designers to build a simple store (or less) for upwards of $1,000. This was laughable, especially as I already knew how good WordPress is and the themes they offer. I built the site I wanted in less than a day at no cost other than my time. Actually, I paid $39 for a template to make it look slightly less cheap, but it was worth it.

WordPress is such a great platform for anyone who wants to put up a website quickly and easily. There are many profitable businesses that continue to use WordPress, and that trend looks set to continue.

Peter Ellington - Peter Ellington has years of experience helping people with their startup and business related questions. He also knows how important business education is, which is why he writes for a personal tuition blog.
More about me