CrateDB's renewed commitment to open source aligns with both our best ideals and what's best for our business. 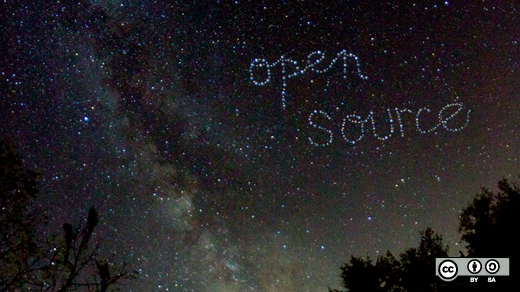 The headline benefits of open source are widely known and well-articulated. Open source technologies provide enterprise-level scalability, performance, security, and reliability. Trust is there, and it's deserved. But what's less celebrated, other than by die-hard open source adherents, are the inner workings of the everyday community contributions building those macro benefits at the atomic level. For those offering open source technologies, it is the community's constant user-driven testing and hardening that forges those technologies into robust and proven solutions. Those contributions don't show up on the balance sheet, but they can be absolutely formative to an enterprise's health and success.

In 2013, I co-founded Crate.io with open source ideals and my belief in the power of the community. As a startup intent on bringing the simplicity and strength of open source to the realm of advanced SQL databases that could handle the growing volume of Internet of Things (IoT) and Industrial IoT data, we rooted our CrateDB database in 100% open source component technologies. And we were sure to play our role as active contributors to those technologies and nurtured our own community of CrateDB developers.

In 2017, Crate began exploring an open core business model, and soon after, I took a few years away from the company. In 2019, Crate began to offer a CrateDB Free Edition with a strict three-node limit and stopped building and distributing packages for CrateDB Community Edition (the open source code could still be downloaded). This move focused the company more heavily on a paid open core enterprise edition that added some proprietary features. From a sales perspective, the idea was to spur community users to convert to paying customers. However, this strategy ended up being a fundamental misunderstanding of the user base. The result was a marked decline in user engagement and the strength of our valuable community while failing to convert much of anyone.

When I returned to Crate towards the end of 2020 as CTO, I made it my priority to bring back a commitment to pure open source. This sparked a rich conversation between competing viewpoints within our organization. The key to winning over my more revenue-minded colleagues was to explain that community users are completely different in nature from our enterprise customers and offer our business a different kind of support. Furthermore, forcing them away does nothing positive. Our open source community user base contributes crucial influence and experience that improves our technologies very effectively. Their support is invaluable and irreplaceable. Without them, CrateDB isn't nearly as compelling or as enterprise-ready a product.

Ultimately, it was our investors that weighed in and championed Crate's once and future commitment to pure open source. Our investors even helped us abandon considerations towards other licensing models such as the Business Source License by favoring the Apache License 2.0 we now utilize, pressing for the fully open source permissions it offers.

Our recent 4.5 release of CrateDB completes this full circle to our open source roots. I couldn't be prouder to say that our business is rededicated to building our community and openly welcomes all contributors as we work hand-in-hand to push CrateDB toward its full potential as a distributed SQL database for machine data.

I also need to mention the recent decision by Elastic to discontinue its longstanding commitment to open source, as it offers a stark juxtaposition to ours. CrateDB has used open source Elasticsearch from the very beginning. But more than that, open source Elasticsearch was a formative inspiration to Crate's founders, especially me. Our drive to serve as contributing citizens in that community was born out of our work operating some of Europe's largest Elasticsearch deployments. That team and I later created Crate with Elasticsearch as our clearest example of why upholding open source ideals results in powerful technologies.

Our renewed commitment to open source elegantly aligns with both our best ideals and what's best for our business. The activity of a robust and inclusive open source community is the vital pulse of our product. It's our hope to provide an example of what dedication to pure open source can truly accomplish.

K6's CEO says the company's decision to make the load-testing service's core technology open source is a big part of its success.

Ansible's founder Michael DeHaan shares how his background led him to develop the IT automation software. 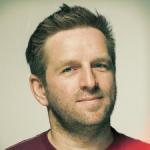 Bernd Dorn is the Chief Technology and a co-founder of Crate.io, developers of the open source CrateDB database. In between co-founding Crate in 2013 and rejoining in late 2020, Dorn was the CTO at Lovely Systems.
More about me