What you didn't know about Creative Commons 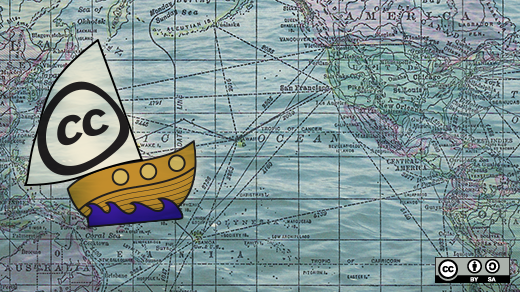 I attended film school, and later I taught at a film school, and even later I worked at a major film studio. There was a common thread through all these different angles of the creative industry: creators need content. Interestingly, one movement kept providing the solution, and that was free culture, or, as it has been formalized, Creative Commons.

Like anything else in life, creativity requires practice. I luckily stumbled into open source early in my experience with computers, through an article in a trade magazine about render farms. I didn't yet understand what "open source" meant, but I knew that the tools labeled open source were the only tools that provided me reliable access to the technology I wanted to explore. The same has been true for the Creative Commons content that I use. Creative Commons provides artists an entire studio full of artistic resources.

When I was teaching in film and needed sample footage for students to edit, overdub, foley, grade, or score, I always had what I needed from films like Jim Munroe's independent masterpiece Infest Wisely or from the Creative Commons content on Vimeo. These provide realistic footage, spanning the whole spectrum from indie productions to expensive, high-quality crane (actually drone, usually) shots. 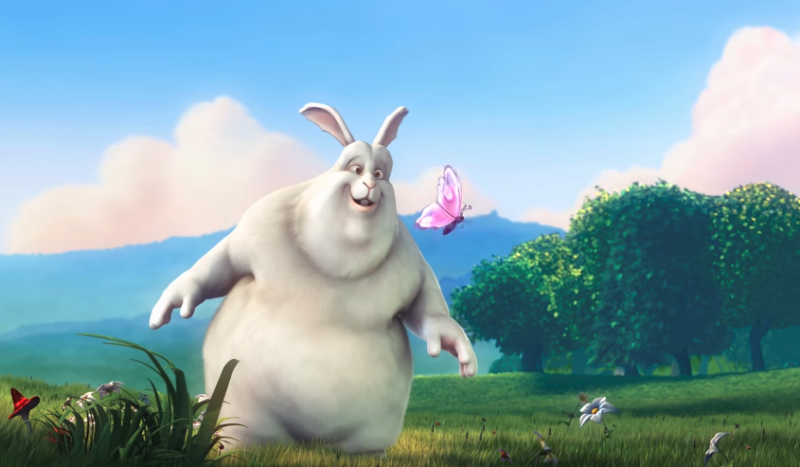 For experimentalist art, the possibilities are truly endless. Creative Commons provides a wealth of stock footage to integrate into video art, video DJ mixes, and whatever else a visual pioneer dreams up.

Before Creative Commons, the only ways to get experience with real-world footage were either to use footage that former students or professors generated, assuming you were at a university, or to use copyrighted footage despite the restrictions.

It's all about the bottom line

There's a more business-centric use for all of this, as well. When working deep in the render farms of a large computer company, I was tasked with performing render tests on some hardware that was under the threat of being discontinued. For this job, I used the assets of Big Buck Bunny because not just the movie itself, but also its components, are free to use and share. If it hadn't been for this short film, I could not have done my tests until I'd acquired realistic assets, which would likely never have happened because computer companies are busy places that don't typically employ a team of 3D artists to compose a scene on call.

It struck me that, much like open source itself, Creative Commons is already propping up big companies in ways no one really thinks about. The use of Creative Commons in a company may or may not make or break the daily process, but it's filling gaps and making people's jobs and workflows move smoothly. I don't think anyone's accounting for this benefit in their books, but Creative Commons content is everywhere.

I've even seen Blender open movies, like Sintel, as the demo films playing on the latest television screens when a TV resolution exceeds what is currently available on standard media.

The digital medium has bestowed upon one individual creator the power to apparently make works of art that should take a group of people to complete. The reality is, though, that most of us like to think big. We want to make projects that look and sound good. We want big worlds, intense stories, evocative works, but we don't have the time or the variety of skills to make it all happen.

It's here that Creative Commons saves the day, yet again, with the little bits and pieces of free art that abound on sites like Freesound.org, FreeSVG.org, OpenGameArt.org, and many, many more. Artists are able, through the Commons, to use raw material that they could not have produced themselves to produce works they couldn't otherwise make alone.

Possibly even more significantly, though, is the fact that your raw material that you put up on the internet for reuse can bring you, without any further investment, into amazing works of art that you'd never dream of producing yourself. I have contributed to countless musical albums and video games with sound clips I've added to the Commons. Sometimes the artist notifies me, others I find on my own, and probably even more exist than I know about. I've seen icons that I've drawn pop up in software projects that I never knew existed. I've seen articles I've written for Opensource.com published elsewhere, and things I've written in the bibliographies of thesis projects, white papers, and reference materials.

"Free culture" is a redundant term that shouldn't be part of our vocabulary. Culture, conceptually, is an organic process. It's the way a society develops and grows, from one person to another. It's about the interactions and the ideas that people share. It's a unique product of the modern world that culture is not free by default.

If you want to combat that, and prefer to share your culture with your fellow human beings across the globe, support Creative Commons by contributing to it, using it, and supporting those who do.

What to read next
Tags
Art and design
Seth Kenlon