The future of DevOps is mastery of multi-cloud environments

DevOps is set to move from a merged focus to a single focus in multi-cloud environments. Here’s what you need to know, and how to prepare.

DevOps is a set of practices that automates the processes between software development and IT teams so they can build, test, and release software more quickly and reliably. The concept of DevOps is founded on building a culture of collaboration between IT and business teams, which have historically functioned in relative siloes. The promised benefits include increased trust, faster software releases, and the ability to solve critical issues quickly.

That said, implementing a successful DevOps organization requires IT leaders to think more broadly about how to spur a cultural and organizational shift within both their team and the broader organization, as opposed to simply deploying new technologies. A successful DevOps strategy requires a merged focus from both development teams and operational teams on what the company needs to meet its digital transformation objectives. Thus, it is about breaking down siloed groups of people and responsibilities, and—in their place—building teams that can multitask on technical issues and goals.

Ultimately, successful DevOps teams require hive-minded individuals focused on striking a balance between fast, continuous innovation and security and operational needs. Now, DevOps itself is also evolving, and its own future depends on mastery of multi-cloud ecosystems.

The world of cloud computing is witnessing two growing trends:

A hybrid cloud combines private and public cloud deployments, usually to perform a specific task or centered on a certain application. Multi-cloud means using two or more cloud management platforms in a single heterogeneous IT environment. This is done for several reasons, including minimizing data sprawl and loss, reducing downtime through redundancy, avoiding vendor lock-in, and offering versatility to meet the varying project needs of different teams across the business. In short, the business world is outgrowing the hybrid cloud and is aggressively trending towards a multi-cloud universe.

The number of enterprises dealing with hybrid and multi-cloud is increasing every day.

On one end, there’s more data created and collected than ever. On the other end, more users are tasked with leveraging that data (from finance to marketing, from sales to HR). This puts a tremendous pressure on IT, who must not only manage an ever more complex infrastructure, but also enable more users to do more with data. That’s where DataOps come into play: “to organize and deliver data from many sources to many users reliably with the provenance required to support reproducible data flows.”

Consequently, companies need to formulate unique DevOps strategies for these new application deployments and collaboration processes. The DevOps tools used by any organization must have the capability to reliably deploy code to public, private, and hybrid clouds and to globally reputed service providers such as Google, HPE, Amazon Web Services, etc.

DevOps will soon be forced to keep up

The race to the cloud among enterprise companies has been putting pressure on DevOps teams for some time now. But multi-cloud raises that pressure to a whole new level. DevOps teams will need to become even more agile and scalable. Concepts and methods like continuous integration and continuous release will be more broadly implemented and automation will play an even larger role.

However, there’s more to mastering DevOps in a multi-cloud environment than just doing more of the same faster. For one, throwing new run times in the cloud can be problematic. It would be wiser to build cloud-native applications. Traditional apps are monolithic, run as VMs, use a scale-up architecture, and are generally more difficult to develop, deploy, and maintain. In contrast, cloud-native apps are more modular and service-oriented, comprised of collections of containers and services, based on a scale-out architecture, and easy to automate, move, and scale. Indeed, if you aren’t already performing DevOps in the cloud, you’re running a little behind; soon, being cloud-native will be critical.

Moving DevOps from a single or hybrid cloud to a multi-cloud world also requires new platforms and tools. Here, we’re talking about the use of technologies that will rapidly become game-changers.

IDC predicts that revenue from digital transformation and associated products and services will grow 127 percent by 2020. But one of the key hurdles companies face today is the development process: “Coding, testing, and QA are lengthy processes that add time and pain to a procedure that should by now be streamlined.” To remain competitive, companies will need to shed several impediments in the DevOps process, such as antiquated infrastructure, fragmented use of varying tools, and complex applications, so they can develop and scale faster and almost effortlessly.

Enterprise IT decision-makers and architects alike are increasingly adopting multi-cloud strategies as they look to increase use of existing IT infrastructures, deploy new capabilities at scale, reduce costs, streamline resources, and avoid cloud vendor lock-in. This requires a globally aware traffic management strategy that can monitor infrastructure health across data centers and end-user experiences globally, while responding to control changes and system specifications at the speed of today's DevOps teams.

As the shift to a multi-cloud world moves into full swing, we need faster, more effective ways to build and connect cloud-native applications. DevOps is providing new opportunities to rapidly deploy and scale new services and shrink the gap between idea to delivery—literally putting the pedal to the metal using the cloud.

Certainly, continuous build and continuous integration are prime examples of that. But DevOps encompasses more than just software development. The true definition is much broader and includes the tools people use, the technology, the processes of acquiring services, and the people operating the systems.

DevOps connects customers with the engineers and service relations staff up-front and throughout the development process, helping to avoid end products that might be “technically perfect” but don’t meet mission needs.

Much more incremental than traditional waterfall development approaches, DevOps lets teams see flaws and course-correct more quickly. And the process involves all the key stakeholders throughout the process—operations and service teams, security teams, and the end customer.

Even so, there are still bottlenecks and sticking points that are slowing development. Continuous deployment, touchless automation for software releases, and fully automated testing and QA are on the near horizon to resolve these issues.

In the end, DevOps in multi-cloud will leverage the developer’s creativity and imagination to innovate in an endless and seamless stream. The new tools and platforms will handle the mundane details in deployment.

What to read next
Tags
DevOps
Cloud
Thomas Steinborn 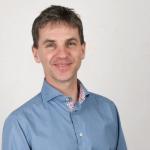 Thomas Steinborn is Director Product Management at Talend. Since 2013, he has headed Cloud Services, Platform Services, ESB, Data Mapping and B2B Protocols. He has 15 years of experience in data and application integration. Its core themes include Cloud, Big Data, Integration, Internet of Things and Machine Learning. New approaches motivate him to develop innovative products.
More about me