A tale about the decision to adopt Linux when the older Windows machines started falling behind.

Every day, while working in the marketing department at ONLYOFFICE, I see Linux users discussing our office productivity software on the internet. Our products are popular among Linux users, which made me curious about using Linux as an everyday work tool. My old Windows XP-powered computer was an obstacle to performance, so I started reading about Linux systems (particularly Ubuntu) and decided to try it out as an experiment. Two of my colleagues joined me.

We needed to make a change, first, because our old systems were not enough in terms of performance: we experienced regular crashes, an overload every time more than two apps were active, a 50% chance of freezing when a machine was shut down, and so forth. This was rather distracting to our work, which meant we were considerably less efficient than we could be.

Upgrading to newer versions of Windows was an option, too, but that is an additional expense, plus our software competes against Microsoft's office suite. So that was an ideological question, too.

Second, as I mentioned earlier, ONLYOFFICE products are rather popular within the Linux community. By reading about Linux users' experience with our software, we became interested in joining them.

A week after we asked to change to Linux, we got our shiny new computer cases with Kubuntu inside. We chose version 16.04, which features KDE Plasma 5.5 and many KDE apps including Dolphin, as well as LibreOffice 5.1 and Firefox 45.

Linux's biggest advantage, I believe, is its speed; for instance, it takes just seconds from pushing the machine's On button to starting your work. Everything seemed amazingly rapid from the very beginning: the overall responsiveness, the graphics, and even system updates.

One other thing that surprised me compared to Windows is that Linux allows you to configure nearly everything, including the entire look of your desktop. In Settings, I found how to change the color and shape of bars, buttons, and fonts; relocate any desktop element; and build a composition of widgets, even including comics and Color Picker. I believe I've barely scratched the surface of the available options and have yet to explore most of the customization opportunities that this system is well known for.

Linux distributions are generally a very safe environment. People rarely use antivirus apps in Linux, simply because there are so few viruses written for it. You save system speed, time, and, sure enough, money.

In general, Linux has refreshed our everyday work lives, surprising us with a number of new options and opportunities. Even in the short time we've been using it, we'd characterize it as:

Have you switched from Windows or MacOS to Kubuntu or another Linux variant? Or are you considering making the change? Please share your reasons for wanting to adopt Linux, as well as your impressions of going open source, in the comments.

What to read next
Tags
My Linux Story column
Michael Korotaev 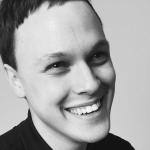 Public Relations manager at Ascensio System SIA, tech enthusiast, and an artist.
More about me