Create documentation the way that works best for you.

Sphinx is a popular application for creating documentation, similar to JavaDoc or Jekyll. However, Sphinx's reStructured Text input allows for a higher degree of customization than those other tools.

This tutorial will explain how to customize Sphinx to suit your workflow. You can follow along using sample code on GitHub.

Sphinx goes far beyond just enabling you to style text with predefined tags. It allows you to shape and automate your documentation by defining new roles and directives. A role is a single word element that usually is rendered inline in your documentation, while a directive can contain more complex content. These can be contained in a domain.

A Sphinx domain is a collection of directives and roles as well as a few other things, such as an index definition. Your next Sphinx domain could be a specific programming language (Sphinx was developed to create Python's documentation). Or you might have a command line tool that implements the same command pattern (e.g., tool <command> --args) over and over. You can document it with a custom domain, adding directives and indexes along the way.

Here's an example from our recipe domain:

Now that we've defined the recipe TomatoSoup, we can reference it anywhere in our documentation using the custom role refef. For example:

What's in a domain?

A Sphinx domain is a specialized container that ties together roles, directives, and indices, among other things. The domain has a name (rcp) to address its components in the documentation source. It announces its existence to Sphinx in the setup() method of the package. From there, Sphinx can find roles and directives, since these are part of the domain.

This domain also serves as the central catalog of objects in this sample. Using initial data, it defines two variables, objects and obj2ingredient. These contain a list of all objects defined (all recipes) and a hash that maps a canonical ingredient name to the list of objects.

The way we name objects is common across our extension. For each object created, the canonical name is rcp.<typename>.<objectname>, where <typename> is the Python type of the object, and <objectname> is the name the documentation writer gives the object. This enables the extension to use different object types that share the same name.

Having a canonical name and central place for our objects is a huge advantage. Both our indices and our cross-referencing code use this feature.

In our example, .. rcp:recipe:: indicates a custom directive. You might think it's overly specific to create custom syntax for these items, but it illustrates the degree of customization you can get in Sphinx. This provides rich markup that structures documents and leads to better docs. Specialization allows us to extract information from our docs.

Our definition for this directive will provide minimal formatting, but it will be functional.

For this directive, required_arguments tells Sphinx to expect one parameter, the recipe name. option_spec lists the optional arguments, including their names. Finally, has_content specifies that there will be more reStructured Text as a child to this node.

Both IngredientIndex and RecipeIndex are derived from Sphinx's Index class. They implement custom logic to generate a tuple of values that define the index. Note that RecipeIndex is a degenerate index that has only one entry. Extending it to cover more object types—and moving from a RecipeDomain to a CookbookDomain—is not yet part of the code.

Both indices use the method generate() to do their work. This method combines the information from our domain, sorts it, and returns it in a list structure that will be accepted by Sphinx. See the Sphinx Domain API page for more information.

The first time you visit the Domain API page, you may be a little overwhelmed by the structure. But our ingredient index is just a list of tuples, like ('tomato', 'TomatoSoup', 'test', 'rec-TomatoSoup',...).

Adding cross-references is not difficult (but it's also not a given). Add an XRefRole to the domain and implement the method resolve_xref(). Having a custom role to reference a type allows us to unambiguously reference any object, even if two objects have the same name. If you look at the parameters of resolve_xref() in Domain, you'll see typ and target. These define the cross-reference type and its target name. We'll use target to resolve our destination from our domain's objects because we currently have only one type of node.

We can add the cross-reference role to RecipeDomain in the following way:

There's nothing for us to implement. Defining a working resolve_xref() and attaching an XRefRole to the domain is all you need to do.

If you'd like to learn more, check out these resources:

What to read next
Tags
Documentation
Mark Meyer 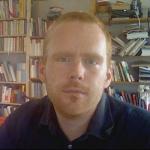 Mark is an IT architect for MaibornWolff in Hamburg, Germany, working in the DevOps and Cloud Native department. At work he tries to contribute back to open source whenever he can. He also fits in some open source work, when not at his day job. Among other things he's interested in documentation and documentation workflows. Mark is a BJCP Certified beer judge and owns a camera.
More about me