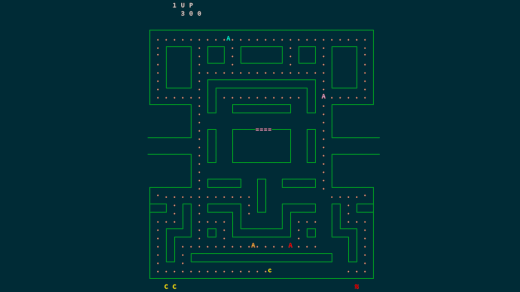 Welcome back to another day of the Linux command-line toys advent calendar. If this is your first visit to the series, you might be asking yourself what command-line toys are all about. Basically, they're games and simple diversions that help you have fun at the terminal.

Some are new, and some are old classics. We hope you enjoy.

Today's toy, MyMan, is a fun clone of the classic arcade game Pac-Man. (You didn't think this was going to be about the similarly-named Linux package manager, did you?) If you're anything like me, you spent more than your fair share of quarters trying to hit a high score Pac-Man back in the day, and still give it a go whenever you get a chance.

MyMan isn't the only Pac-Man clone for the Linux terminal, but it's the one I chose to include because 1) I like its visual style, which rings true to the original and 2) it's conveniently packaged for my Linux distribution so it was an easy install. But you should check out your other options as well. Here's another one that looks like it may be promising, but I haven't tried it.

Since MyMan was packaged for Fedora, installation was as simple as:

MyMan is made available under an MIT license and you can check out the source code on SourceForge.

Check out yesterday's toy, The Linux terminal is no one-trick pony, and check back tomorrow for another!

The Linux terminal is no one-trick pony

Bring the magic of My Little Pony to your Linux command line.