The Linux terminal is no one-trick pony 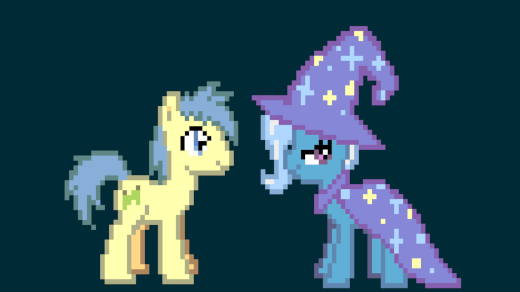 Welcome to another day of the Linux command-line toys advent calendar. If this is your first visit to the series, you might be asking yourself what a command-line toy even is. We’re figuring that out as we go, but generally, it could be a game, or any simple diversion that helps you have fun at the terminal.

Reader Lori made the suggestion of today's toy in a comment on my previous article on cowsay:

"Hmmm, I've been playing with something called ponysay which seems to be a full-color variant on your cowsay."

Intrigued, I had to check it out, and I was not disappointed with what I found.

In a nutshell, ponysay is exactly that: a rewrite of cowsay that includes many full-color characters from My Little Pony, that you can use to output phrases at the Linux command line. It's actually a really well-done project, that features over 400 characters and character combinations, and is incredibly well documented in a 78-page PDF covering full usage.

To install ponysay, you'll want to check out the project README to select the installation method that works best for your distribution and situation. Since ponysay didn't appear to be packaged for my distribution, Fedora, I opted to try out the Docker container image, but do what works best for you; installation from source may also work for you.

I was curious to try out podman as a drop-in replacement for docker for a casual container users, and for me at least, it just worked!

The outputs are amazing, and I challenge you to try it out and let me know your favorite. Here was one of mine: 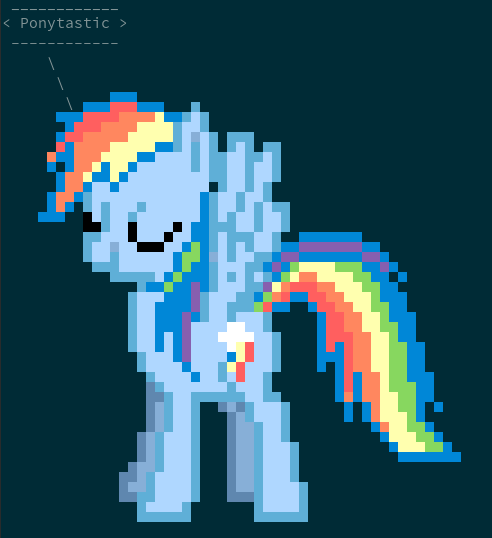 It's developers chose to write the code in Pony! (Update: Sadly, I was wrong about this. It's written in Python, though GitHub believes it to be Pony because of the file extensions.) Ponysay is licensed under the GPL version 3, and you can pick up its source code on GitHub.

Check out yesterday's toy, Relax by the fire at your Linux terminal, and check back tomorrow for another!

Relax by the fire at your Linux terminal

Chestnuts roasting on an open command prompt? Why not, with this fun Linux toy.