How I coined the term 'open source'

Christine Peterson finally publishes her account of that fateful day, 20 years ago. 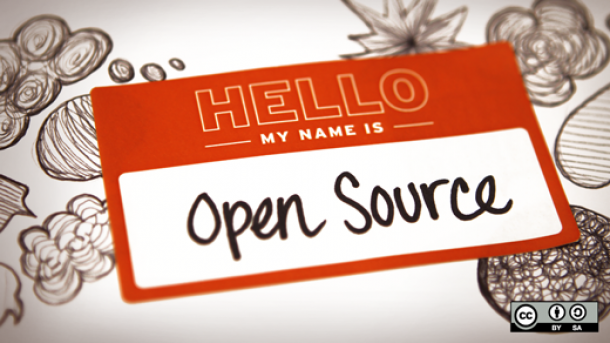 In a few days, on February 3, the 20th anniversary of the introduction of the term "open source software" is upon us. As open source software grows in popularity and powers some of the most robust and important innovations of our time, we reflect on its rise to prominence.

I am the originator of the term "open source software" and came up with it while executive director at Foresight Institute. Not a software developer like the rest, I thank Linux programmer Todd Anderson for supporting the term and proposing it to the group.

This is my account of how I came up with it, how it was proposed, and the subsequent reactions. Of course, there are a number of accounts of the coining of the term, for example by Eric Raymond and Richard Stallman, yet this is mine, written on January 2, 2006.

It has never been published, until today.

The introduction of the term "open source software" was a deliberate effort to make this field of endeavor more understandable to newcomers and to business, which was viewed as necessary to its spread to a broader community of users. The problem with the main earlier label, "free software," was not its political connotations, but that—to newcomers—its seeming focus on price is distracting. A term was needed that focuses on the key issue of source code and that does not immediately confuse those new to the concept. The first term that came along at the right time and fulfilled these requirements was rapidly adopted: open source.

This term had long been used in an "intelligence" (i.e., spying) context, but to my knowledge, use of the term with respect to software prior to 1998 has not been confirmed. The account below describes how the term open source software caught on and became the name of both an industry and a movement.

In late 1997, weekly meetings were being held at Foresight Institute to discuss computer security. Foresight is a nonprofit think tank focused on nanotechnology and artificial intelligence, and software security is regarded as central to the reliability and security of both. We had identified free software as a promising approach to improving software security and reliability and were looking for ways to promote it. Interest in free software was starting to grow outside the programming community, and it was increasingly clear that an opportunity was coming to change the world. However, just how to do this was unclear, and we were groping for strategies.

At these meetings, we discussed the need for a new term due to the confusion factor. The argument was as follows: those new to the term "free software" assume it is referring to the price. Oldtimers must then launch into an explanation, usually given as follows: "We mean free as in freedom, not free as in beer." At this point, a discussion on software has turned into one about the price of an alcoholic beverage. The problem was not that explaining the meaning is impossible—the problem was that the name for an important idea should not be so confusing to newcomers. A clearer term was needed. No political issues were raised regarding the free software term; the issue was its lack of clarity to those new to the concept.

On February 2, 1998, Eric Raymond arrived on a visit to work with Netscape on the plan to release the browser code under a free-software-style license. We held a meeting that night at Foresight's office in Los Altos to strategize and refine our message. In addition to Eric and me, active participants included Brian Behlendorf, Michael Tiemann, Todd Anderson, Mark S. Miller, and Ka-Ping Yee. But at that meeting, the field was still described as free software or, by Brian, "source code available" software.

While in town, Eric used Foresight as a base of operations. At one point during his visit, he was called to the phone to talk with a couple of Netscape legal and/or marketing staff. When he was finished, I asked to be put on the phone with them—one man and one woman, perhaps Mitchell Baker—so I could bring up the need for a new term. They agreed in principle immediately, but no specific term was agreed upon.

Between meetings that week, I was still focused on the need for a better name and came up with the term "open source software." While not ideal, it struck me as good enough. I ran it by at least four others: Eric Drexler, Mark Miller, and Todd Anderson liked it, while a friend in marketing and public relations felt the term "open" had been overused and abused and believed we could do better. He was right in theory; however, I didn't have a better idea, so I thought I would try to go ahead and introduce it. In hindsight, I should have simply proposed it to Eric Raymond, but I didn't know him well at the time, so I took an indirect strategy instead.

Todd had agreed strongly about the need for a new term and offered to assist in getting the term introduced. This was helpful because, as a non-programmer, my influence within the free software community was weak. My work in nanotechnology education at Foresight was a plus, but not enough for me to be taken very seriously on free software questions. As a Linux programmer, Todd would be listened to more closely.

Later that week, on February 5, 1998, a group was assembled at VA Research to brainstorm on strategy. Attending—in addition to Eric Raymond, Todd, and me—were Larry Augustin, Sam Ockman, and attending by phone, Jon "maddog" Hall.

The primary topic was promotion strategy, especially which companies to approach. I said little, but was looking for an opportunity to introduce the proposed term. I felt that it wouldn't work for me to just blurt out, "All you technical people should start using my new term." Most of those attending didn't know me, and for all I knew, they might not even agree that a new term was greatly needed, or even somewhat desirable.

Fortunately, Todd was on the ball. Instead of making an assertion that the community should use this specific new term, he did something less directive—a smart thing to do with this community of strong-willed individuals. He simply used the term in a sentence on another topic—just dropped it into the conversation to see what happened. I went on alert, hoping for a response, but there was none at first. The discussion continued on the original topic. It seemed only he and I had noticed the usage.

Not so—memetic evolution was in action. A few minutes later, one of the others used the term, evidently without noticing, still discussing a topic other than terminology. Todd and I looked at each other out of the corners of our eyes to check: yes, we had both noticed what happened. I was excited—it might work! But I kept quiet: I still had low status in this group. Probably some were wondering why Eric had invited me at all.

Toward the end of the meeting, the question of terminology was brought up explicitly, probably by Todd or Eric. Maddog mentioned "freely distributable" as an earlier term, and "cooperatively developed" as a newer term. Eric listed "free software," "open source," and "sourceware" as the main options. Todd advocated the "open source" model, and Eric endorsed this. I didn't say much, letting Todd and Eric pull the (loose, informal) consensus together around the open source name. It was clear that to most of those at the meeting, the name change was not the most important thing discussed there; a relatively minor issue. Only about 10% of my notes from this meeting are on the terminology question.

But I was elated. These were some key leaders in the community, and they liked the new name, or at least didn't object. This was a very good sign. There was probably not much more I could do to help; Eric Raymond was far better positioned to spread the new meme, and he did. Bruce Perens signed on to the effort immediately, helping set up Opensource.org and playing a key role in spreading the new term.

For the name to succeed, it was necessary, or at least highly desirable, that Tim O'Reilly agree and actively use it in his many projects on behalf of the community. Also helpful would be use of the term in the upcoming official release of the Netscape Navigator code. By late February, both O'Reilly & Associates and Netscape had started to use the term.

Getting the name out

After this, there was a period during which the term was promoted by Eric Raymond to the media, by Tim O'Reilly to business, and by both to the programming community. It seemed to spread very quickly.

On April 7, 1998, Tim O'Reilly held a meeting of key leaders in the field. Announced in advance as the first "Freeware Summit," by April 14 it was referred to as the first "Open Source Summit."

These months were extremely exciting for open source. Every week, it seemed, a new company announced plans to participate. Reading Slashdot became a necessity, even for those like me who were only peripherally involved. I strongly believe that the new term was helpful in enabling this rapid spread into business, which then enabled wider use by the public.

A quick Google search indicates that "open source" appears more often than "free software," but there still is substantial use of the free software term, which remains useful and should be included when communicating with audiences who prefer it.

When an early account of the terminology change written by Eric Raymond was posted on the Open Source Initiative website, I was listed as being at the VA brainstorming meeting, but not as the originator of the term. This was my own fault; I had neglected to tell Eric the details. My impulse was to let it pass and stay in the background, but Todd felt otherwise. He suggested to me that one day I would be glad to be known as the person who coined the name "open source software." He explained the situation to Eric, who promptly updated his site.

Coming up with a phrase is a small contribution, but I admit to being grateful to those who remember to credit me with it. Every time I hear it, which is very often now, it gives me a little happy twinge.

The big credit for persuading the community goes to Eric Raymond and Tim O'Reilly, who made it happen. Thanks to them for crediting me, and to Todd Anderson for his role throughout. The above is not a complete account of open source history; apologies to the many key players whose names do not appear. Those seeking a more complete account should refer to the links in this article and elsewhere on the net. 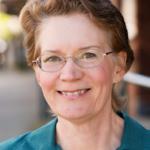 Christine Peterson writes, lectures, and briefs the media on coming powerful technologies, especially nanotechnology, artificial intelligence, and longevity. She is Cofounder and Past President of Foresight Institute, the leading nanotech public interest group.
More about me