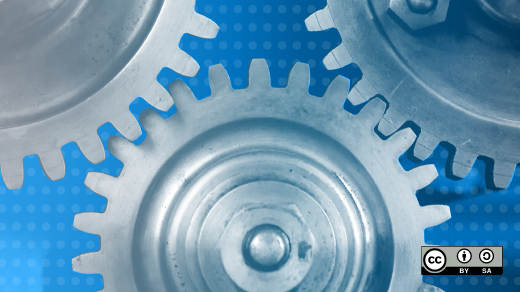 A long time ago, in a galaxy far, far away, before DevOps became a mainstream practice, the software development process was excruciatingly slow, tedious, and methodical. By the time an application was ready to be deployed, a ginormous laundry list of changes and fixes to the next major release had already amassed. It took months to go back and work through the entire development cycle to prepare for each new release. Keep in mind that this process would be repeated again and again to deliver updates to users.

Today everything is done instantaneously and in real time, and this concept seems primitive. The mobile revolution has dramatically changed the way we interact with software, and companies that were early adopters of DevOps have totally changed the expectations for software development and deployment.

Consider Facebook: The Facebook mobile app is updated and refreshed every two weeks, like clockwork. This is the new standard, because users now expect software to be constantly fixed and updated. Any company that takes a month or more to deploy new features or simple bug fixes would surely fade into obscurity. If you cannot deliver what users expect, they will find someone who can.

Facebook, along with industry giants such as Amazon, Netflix, Google, and others, have forced enterprises to become faster and more efficient to meet today's customer expectations.

Agile and DevOps are critically important to mobile app development since deployment cycles are lightning-quick. It’s a dense, fast-paced environment in which companies must outpace, out-think, and outmaneuver the competition to survive. In the App Store, the average top ten app remains in that position for only about a month.

To illustrate the old-school waterfall methodology, think back to when you first learned how to drive. Initially, you focused on every individual aspect, using a methodological process: You got in the car; fastened the seat belt; adjusted the seat, mirrors, and steering wheel; started the car, placed your hands at 10 and 2 o’clock, etc. Performing a simple task such as a lane change involved a painstaking, multi-step process executed in a particular order.

DevOps, in contrast, is how you would drive after several years of experience. Everything occurs intuitively and simultaneously, and you can move smoothly from A to B without putting much thought into the process.

The world of mobile apps is too fast-paced for old methods of app development. DevOps is designed to deliver effective, stable apps quickly and without the need for extensive resources. However, you cannot buy DevOps like an ordinary product or service. DevOps is about changing the culture and dynamics of how teams work together.

Large organizations like Amazon and Facebook are not the only ones embracing the DevOps culture; smaller mobile app companies are signing on as well. “Shortening the release cycle while keeping number of production incidents at a low level along with the overall cost of failure is what our customers looking for,” says Oleg Reshetnyak, head of engineering at mobile product agency Reinvently.

DevOps: Not if, but when

In today’s fast-paced business environment, choosing DevOps is like choosing to breathe: You either do it or die.

According to the U.S. Small Business Administration, only 16% of companies starting out today will last an entire generation. Mobile app companies that do not adopt DevOps risk going the way of the dinosaurs. Furthermore, the same study found that organizations that adopt DevOps are twice as likely to exceed profitability, product goals, and market share.

Innovating more quickly and securely requires three things: cloud, automation, and DevOps. Depending on how you define DevOps, the lines that separate these three factors can be unclear. However, one thing is certain: DevOps unifies everyone within the organization around the common goal of delivering higher-quality software more quickly and with less risk.

What to read next
Tags
DevOps
Stanislav Ivaschenko 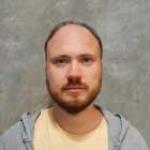 Stanislav Ivaschenko is a certified AWS solutions architect with more than ten years of professional experience in building, delivering, supporting and optimizing a broad range of software applications. From bare metal to the cloud, from monolith architecture to microservices his expertise and experience help to meet business needs for startups, mid-sized companies and large enterprises.
More about me