Configure an amateur radio gateway with a Raspberry Pi

Help share local information by maintaining a piece of the internet-based backbone for packet radio.

The APRS (Automatic Packet Reporting System) is a worldwide digital communications network for amateur radio, providing a single national channel where people can monitor what is happening in the surrounding area. 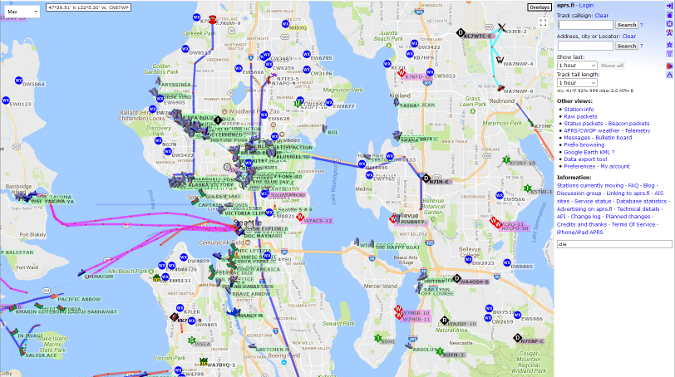 Thanks to the internet, APRS is not limited to transmitting traffic only via radio. APRS-IS (Automatic Packet Reporting System-Internet Service) is an internet-based, worldwide network that interconnects various APRS radio networks around the world (and in space via amateur radio satellites and the International Space Station). APRS-IS is maintained and operated by volunteer amateur radio operators to provide a worldwide backbone for amateur radio APRS radio-frequency networks.

Around the world, amateurs operate internet gateway (IGate) systems to route received packets from the packet radio-based network to the internet-based APRS-IS service and back; these gateways can be receive-only or also have transmit capabilities.

This article describes how to configure a Raspberry Pi 2 or 3 and a terminal node controller (TNC) as a receive-only IGate to relay radio traffic to the APRS-IS service, where it can be accessed by amateurs around the world.

There are no licensing requirements for receiving amateur radio traffic, only for transmitting. We can use the base Raspbian operating system, which is available directly from the Raspberry Pi Foundation website as a pre-configured image.

The TNC is a device that basically functions as a modem for the radio and provides the AX.25 protocol functionality. By using a dedicated piece of hardware, in this case the TNC Pi, you don't have to rely on the processing power of the Raspberry Pi to also handle the audio signals and radio control. TNC Pi is a Raspberry Pi HAT (i.e., an add-on board) that interfaces with the Pi either via serial port or I2C bus. 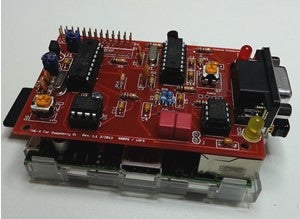 The TNC Pi can be purchased either fully assembled or as a nice DIY kit where you get to break out the soldering iron. The TNC Pi connects to the radio to enable the Rpi to send and receive packets.

Remove the following line in /boot/cmdline.txt if it exists:

Add the following line to /boot/config.txt:

If you're using a Raspberry Pi 3, add the following lines to /boot/config.txt:

The following lines need to be added to /lib/systemd/system/hciattach.service to configure the universal asynchronous receiver-transmitter (UART) to communicate the with TNC Pi. (You may have to create the file in case it doesn't exist in the latest version of the distribution).

Once you've made those changes, reboot the Raspberry Pi to ensure it will automatically pick them up during a restart.

Now that the hardware side is set up, focus your attention on the APRS relay software Aprx that relays received packets to the APRS-IS system.

The packages required are part of the default repositories and can be installed by running the following command: sudo apt-get install aprx -y.

The configuration file for Aprx is located at /etc/aprx.conf. Open the file with your favorite text editor and make the following changes according to your needs. Each section of the file configures different behaviors of the software.

The first line above defines your call sign via the mycall keyword and the second defines your location based on latitude and longitude.

The aprsis section configures Aprx to talk to the APRS-IS service. The passcode is a hash generated based on your call sign. The APRS Passcode Generator can auto-generate one. This filter defines a radius of 100 miles around your location. (It can be set smaller, of course.) This means it will only pay attention to traffic within this radius when gating to and from APRS-IS. It wouldn't make much sense to look at traffic from a station in Rome, Italy, if you're located in New York City.

The logging section defines where Aprx will write its logs and PID file. The aprx.log file is for program-specific output, while aprx-rf.log writes all the received and transmitted packages.

The interface section defines the TNC parameters like serial port, baud rate, call sign used on this interface (it's possible to have multiple interfaces with different call signs), and whether this interface is allowed to transmit packages.

Configure the beacon to inform the APRS network that you exist. At a defined interval, the beacon sends a message to the APRS-IS service with your information. This also places your IGate on the map.

Benefits of an APRS IGate

The APRS service has evolved into a very powerful communications channel for amateur radio with numerous applications and uses. The most prevalent use is for tracking vehicle locations, such as in public service or emergency communications scenarios. Other applications might be transmission and gathering of telemetry such as weather data. No matter how it's used, operating an IGate provides a great service to the local amateur radio community.

What to read next
Tags
Raspberry Pi
Michael Schulz 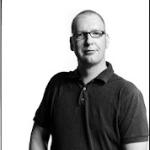 Michael first got involved with Linux in 1993 when the need for a real multi-tasking capable OS arose to run his BBS (Waffle BBS). Having held various roles over the past 20 years at companies like Compaq, HP, IBM, and Microsoft he had the opportunity to help
More about me